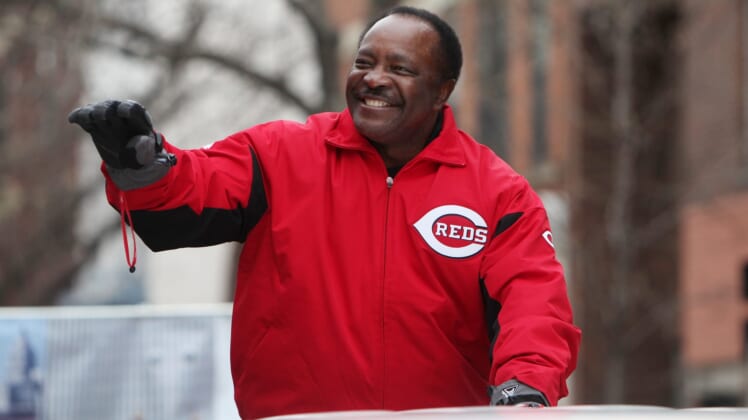 For older baseball fans, the legendary Joe Morgan was known for his dominating play on the diamond for the Cincinnati Reds “Big Red Machine” teams of the 1970s. Once Morgan retired from the game, another generation of baseball fans knew his voice as being synonymous with ESPN baseball coverage.

The Hall of Famer impacted generations upon generations of fans, players and media personalities. Morgan passed away in his California residence this past Sunday at the age of 77 after dealing with several health issues in the latter part of his life, including a nerve condition.

One of the most-respected players of his time, Morgan earned consecutive MVP titles with the Reds in 1975 and 1976. A five-time Gold Glove winner at second base, the Texas native also earned 10 All-Star appearances and two World Series titles during a brilliant 22-year MLB career.

Following news of his passing, the Reds’ organization released the following statement.

“The Reds family is heartbroken. Joe was a giant in the game and was adored by the fans in this city,” CEO Bob Castellini said in a statement. “He had a lifelong loyalty and dedication to this organization that extended to our current team and front office staff. As a cornerstone on one of the greatest teams in baseball history, his contributions to this franchise will live forever. Our hearts ache for his Big Red Machine teammates.”

Following his career on the diamond, Morgan began his broadcasting career in 1985. He spent 20 years on ESPN’s lead broadcast team before leaving the four-letter network in 2010.

Morgan’s near half-century around the game left a mark among generations of fans, players and fellow broadcasters. The outpouring of grief and displays of love for the man following his death showed this in a big way.

Morgan is survived by his wife of 30 years, Theresa; their twin daughters, Kelly and Ashley; and daughters Lisa and Angela from his first marriage to Gloria Morgan.

May he rest in peace!