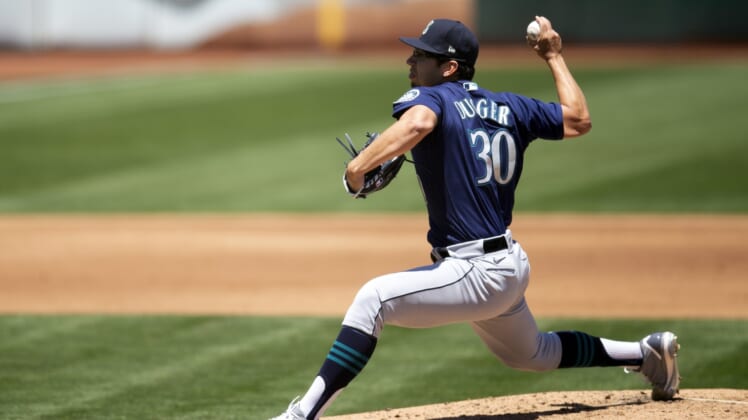 In need of pitching depth, the Cincinnati Reds claimed right-hander Robert Dugger off waivers Wednesday from the Tampa Bay Rays after he was designated for assignment Monday.

Dugger signed a minor league deal with the Rays during spring training and made his debut with the club Sunday when he gave up three runs on eight hits over 5 1/3 innings in relief against the Minnesota Twins.

The 26-year-old has 24 major league appearances (12 starts) over the past four seasons with the Miami Marlins, Seattle Mariners and Rays. He is 0-6 with a 7.22 ERA.

The Reds have right-hander Luis Castillo and left-handers Mike Minor and Nick Lodolo all on the injured list. Left-hander Reiver Sanmartin was optioned to Triple-A on Sunday.