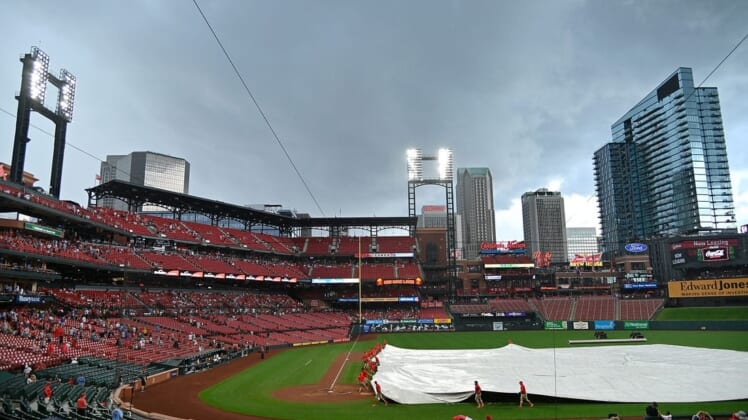 The series finale between the Cardinals and Cincinnati Reds, scheduled for Sunday at Busch Stadium in St. Louis, was postponed because of inclement weather.

The game was rescheduled for Sept. 17 at 1:15 p.m. ET as the first game of a split doubleheader.

St. Louis won the first two games of the series, 7-3 and 11-3, to move to 6-2 on the season series with the Reds. The National League Central rivals will meet 10 more times this season.