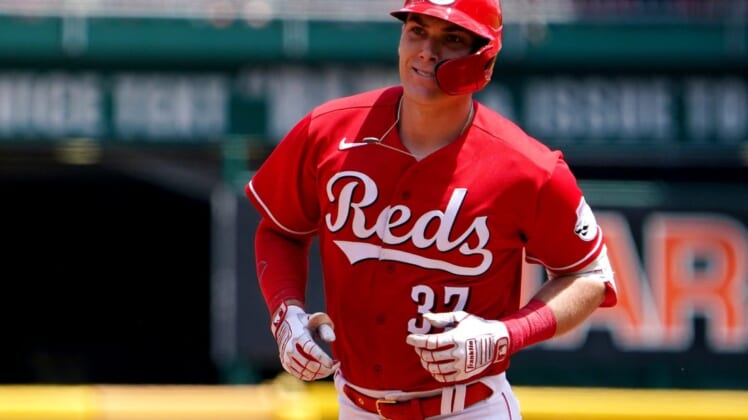 Cincinnati Reds catcher Tyler Stephenson was knocked out of the game just three batters into the team’s first game after the All-Star break.

Stephenson took a Paul Goldschmidt foul ball off his right throwing shoulder and stayed in the game after training staff and manager David Bell tended to him.

But moments later, on a short chopper in front of the plate, Stephenson fielded Goldschmidt’s dribbler and failed to throw the ball to first as he crumpled to the ground, clutching his right shoulder in pain.

He immediately left the game.

Already this season, Stephenson, Cincinnati’s most productive hitter, has spent two stints on the injured list with a concussion and a fractured right thumb after taking a foul ball off the hand.

Entering Friday, Stephenson was batting a team-best .319 with six home runs and 35 RBIs over 49 games.