Reds activate Mike Moustakas, who has two hits vs. Padres 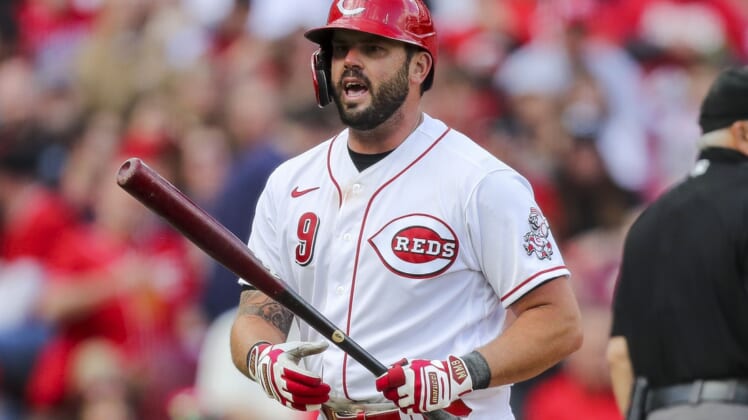 The Cincinnati Reds activated third baseman Mike Moustakas from the injured list prior to Thursday’s 7-5 home loss to the San Diego Padres.

Moustakas, 33, was on the IL with a right biceps strain. He had last played for the Reds on April 17 before serving as the designated hitter Thursday and going 2-for-3 with a walk, two runs scored and one RBI.

Reds manager David Bell said the club wants to be careful with Moustakas before having him play in the field.

“A pretty significant injury. Based on what it was, he was able to recover really quick,” Bell told reporters. “Definitely he’s fully 100 percent swinging. Maybe a day or two behind throwing. But he will be fine to play the field at some point in Colorado.”

The Reds open a three-game series at Colorado on Friday.

Moustakas is batting .176 with two RBIs in 11 games this season.

Cincinnati also placed rookie left-hander Nick Lodolo on the 10-day IL with a lower back strain. Lodolo, 24, is 1-2 with a 5.52 ERA in three starts this season.