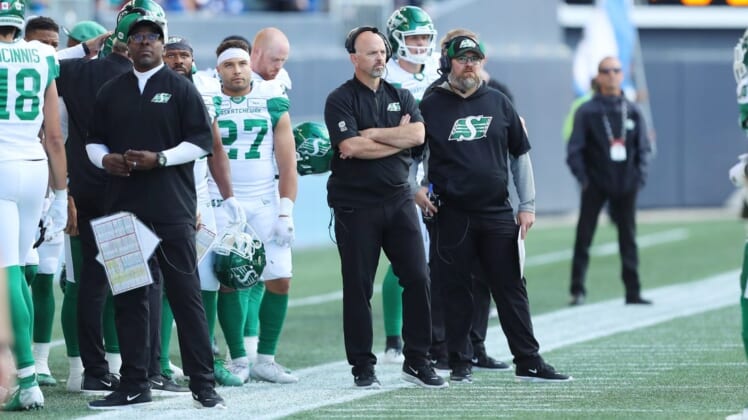 The Ottawa Redblacks will take another shot at landing their first victory of the season Friday night when they visit the Saskatchewan Roughriders at Regina.

The game against the Roughriders (3-1) is the Redblacks’ fourth against a West Division team. They do not play in their own East Division until July 16 when they visit the Hamilton Tiger-Cats.

“As we start playing the East teams, we need to make sure we stay in the hunt for the playoffs,” Redblacks coach Paul LaPolice said. “Everything we want is in front of us. It’s unfortunate we’re 0-3, but we’ve got to keep our focus. The 0-3, that’s over. Now, we need to go 1-0. That’ll be the message for the guys.

“We’ll learn from the mistakes, we’ll take a day to dwell on it, then we’ll move on and get ready for Sask.”

Saskatchewan defeated the Montreal Alouettes 41-20 at home on Saturday.

“We were beat up (Saturday),” Roughriders coach Craig Dickenson said. “It’s a short week and we’re trying to make sure that we get to (Friday’s game) with the right guys. We expect all three to play, but we gave them (Tuesday) off.”

They have been listed as questionable for Friday, although Lauther said that he will play.