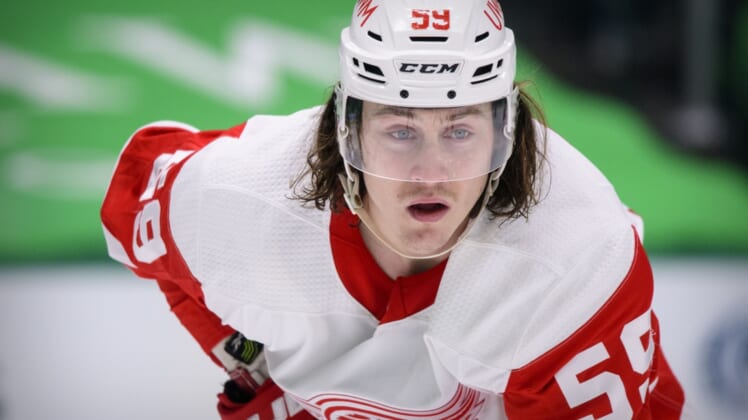 Detroit Red Wings forward Tyler Bertuzzi is recovering from back surgery and is expected to be ready for the start of the 2021-22 season, the team announced Wednesday.

Bertuzzi, 26, had been sidelined since Jan. 30 with an upper-body injury.

The procedure was performed Friday at the Hospital for Special Surgery in New York City by Dr. Frank Cammisa.

Bertuzzi had seven points (five goals, two assists) in nine games this season. He is eligible to become a restricted free agent after the season.