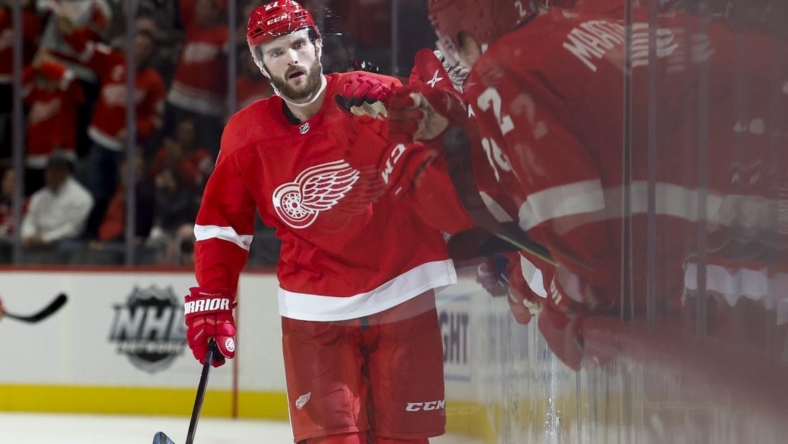 Detroit Red Wings forward Michael Rasmussen will have a hearing with the NHL Department of Player Safety on Friday after high-sticking Boston Bruins forward David Krejci on Thursday night.

Rasmussen drew a two-minute penalty at the 8:30 mark of the second period in the Red Wings’ 5-1 setback in Boston. Rasmussen hit Krejci along the boards and followed up with a stick to the head. Krejci left the game with an upper-body injury and did not return.

Rasmussen, 23, has one goal, four assists and 10 penalty minutes in seven games this season.