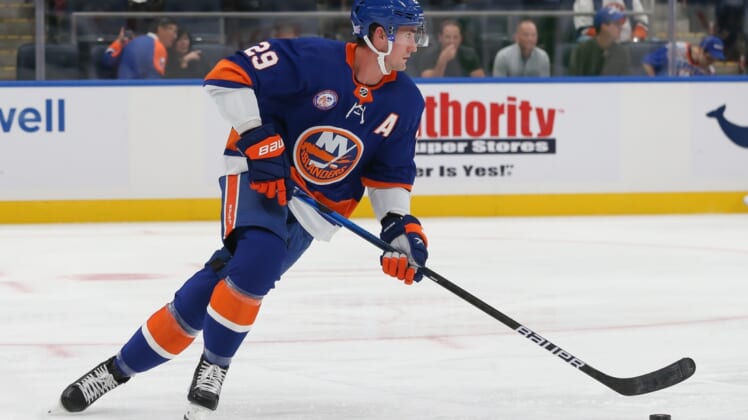 Wednesday’s game between the Detroit Red Wings and host New York Islanders became the 71st NHL contest postponed due to COVID-19 this season.

The decision was handed down Tuesday, as both teams continue to have limited rosters due to spread of the virus.

Both New York and Detroit were shut down due to COVID outbreaks before the NHL decided to extend its holiday break. The Islanders last played Dec. 19, and the Red Wings haven’t played since Dec. 18.

The NHL is set to return to action Tuesday after a six-day pause from games. The league previously postponed Tuesday’s game between the Columbus Blue Jackets and Chicago Blackhawks.