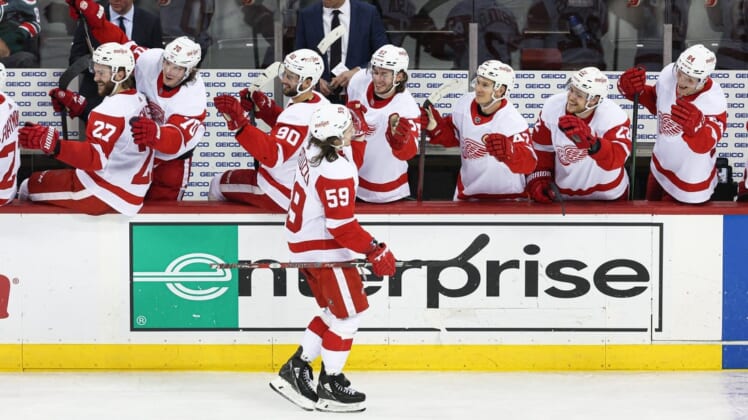 Lalonde has spent the last four years as an assistant coach with the Tampa Bay Lightning.

In Lalonde’s first year with the team, he helped Tampa Bay earn the franchise’s first President’s Trophy in 2018-19.

“I’m very pleased to announce Derek as our new head coach,” Yzerman said in a statement. “We feel he is ready to take the next step in his career as the head coach of the Detroit Red Wings.”

Detroit has a history of success, but the franchise has struggled recently. After earning a spot in the postseason 25 straight times and winning the Stanley Cup four times in that span, the Red Wings have missed the playoffs for six consecutive years.

“I’d like to thank (team owner) Chris Ilitch and the entire Ilitch family, as well as Steve Yzerman and the Red Wings management team for entrusting me with the opportunity to lead this historic franchise,” Lalonde said in a statement. “I’m ready to get to work with our group. There’s a very bright future ahead in Detroit.”