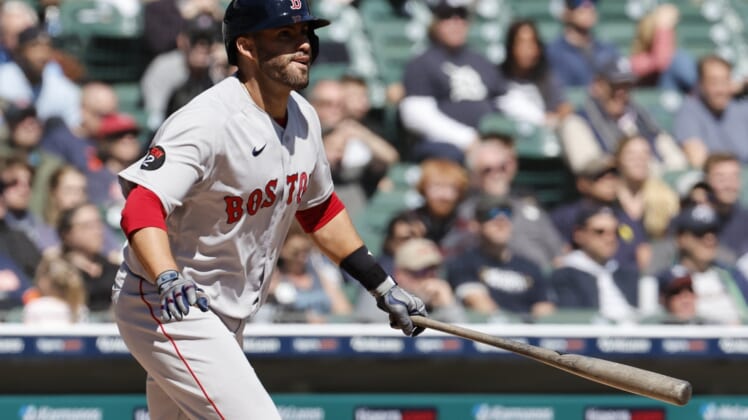 Boston Red Sox designated hitter J.D. Martinez was lifted for a pinch runner in the third inning on Wednesday against the visiting Toronto Blue Jays due to left adductor tightness.

Martinez, who had a first-inning RBI single, collected his second hit of the night off Toronto starter Jose Berrios. Martinez grimaced on his way to second on his double to left field, appearing to favor his left leg. He was replaced by Christian Arroyo.

In the same frame, the Red Sox received another scare when second baseman Trevor Story was plunked on the side of his helmet by a 93 mph Berrios fastball. After being tended to by the Boston medical staff, Story remained in the game.