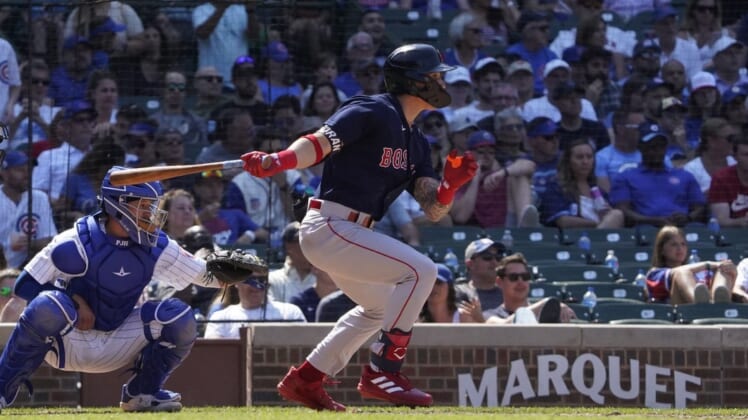 After losing the first two games of the weekend set against the Chicago Cubs, the Boston Red Sox avoided a sweep by taking down Chicago 4-2 in 11 innings Sunday afternoon.

In the top of the 11th, Rowan Wick (1-3) picked up a short chopper to the mound and tossed the ball over the head of David Bote, allowing two runs to cross the plate for the Red Sox.

With the Red Sox leading 2-1 late, Cubs third baseman Patrick Wisdom tied the game in the eighth inning on a solo shot to left center. It was the 18th blown save of the season for the Red Sox — the second-most in MLB this season.

Willson Contreras singled home Rafael Ortega in the first inning to give the Cubs an early 1-0 lead. The Red Sox pulled ahead in the fourth when Cordero’s infield hit scored Vazquez and Jarren Duran drew a bases-loaded walk.

In the bottom of the seventh, Contreras was caught stealing and Red Sox shortstop Xander Bogaerts was injured on his slide. Bogaerts was removed from the game after suffering a left thigh laceration.

Other than Wisdom’s homer in the eighth, the Boston bullpen was impressive. Red Sox relievers allowed just three hits in seven innings.

Sunday’s game was low-scoring, but there were plenty of chances for both teams to add runs. The Red Sox picked up 11 hits and left 14 runners on base. Chicago gathered nine hits, stranding 13. Boston went 2-for-19 with runners in scoring position. The Cubs went 1-for-15.