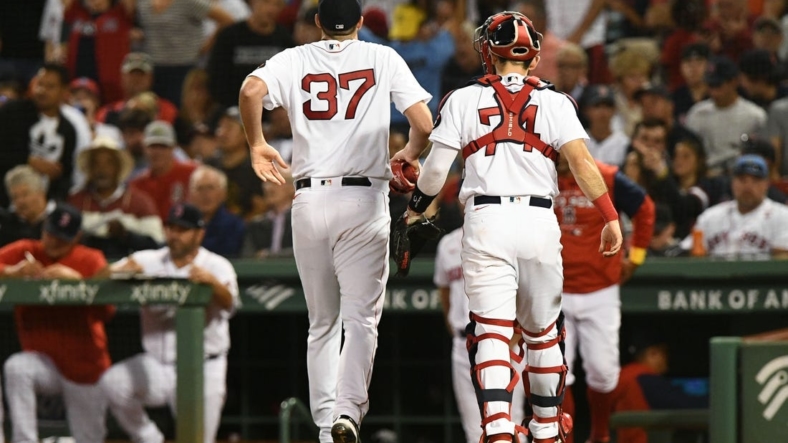 Boston Red Sox starting pitcher Nick Pivetta was hit in the leg by a comebacker to end the third inning and came out of the team’s game against the visiting Texas Rangers on Friday.

Pivetta suffered a left calf contusion, according to the team.

The right-hander recovered the ground ball by Leody Taveras and got the final out of the inning before hobbling off. Reliever Tyler Danish took the mound for the bottom of the fourth.

Pivetta entered his 27th start of the season 9-10 on the year with a 4.40 ERA. He yielded one run on four hits and two walks over three innings, fanning two batters.