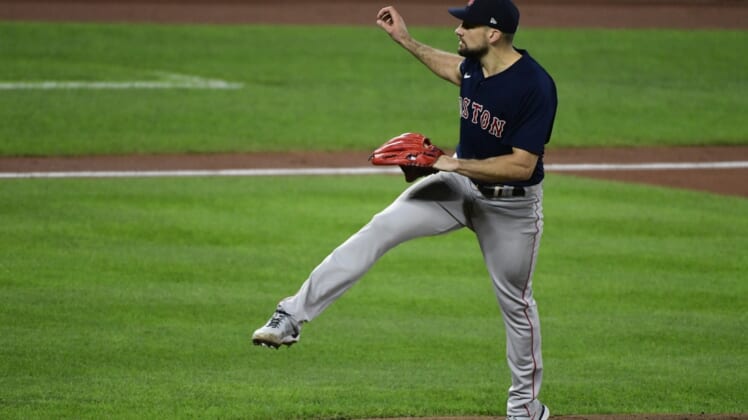 Martinez’s second-inning homer was his 28th of the season. The designated hitter finished 3 for 4 and added a two-run double — his 41st of the season — in the sixth inning. Eovaldi (11-9) allowed just four hits and issued one walk for the Red Sox, who snapped their four-game losing streak.

Boston (89-69) pulled within one game of the New York Yankees for the top American League wild card spot after the Yankees’ 6-5 loss at Toronto. The Red Sox entered leading Seattle by a 1/2-game for the final AL playoff spot.

Zac Lowther (1-3) allowed one earned run on eight hits and struck out four in his five-inning start for the Orioles. Baltimore (51-107) had won three of its last five games after a 4-2 victory over Boston in the series opener Tuesday.

Martinez sent a 2-1 pitch from Lowther over the center field wall with one out in the second to put Boston up 1-0. Rafael Devers led off the visiting sixth with a single and Xander Bogaerts reached on an error before Martinez struck again with a double to left.

Baltimore threatened in the home sixth as Cedric Mullins hit a leadoff double and Ryan Mountcastle worked a walk. Eovaldi buckled down and coaxed fly outs from Austin Hays and Pedro Severino sandwiched around a Trey Mancini strikeout to get out of the inning.