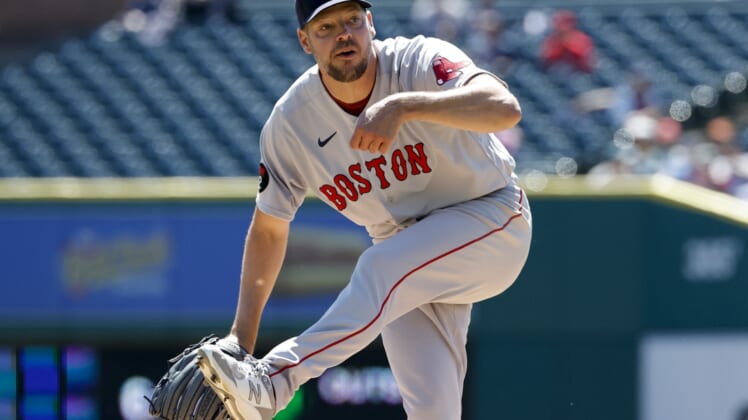 Enrique Hernandez had two doubles, scored two runs and drove in another for the Red Sox, who rallied from a 3-0 deficit after dropping the series opener 3-1 on Monday.

Javier Baez had an RBI double for Detroit and Spencer Torkelson delivered his first major league hit in the third inning. The Tigers were limited to five hits.

Detroit grabbed a 3-0 lead in the third.

Neither side had a baserunner until Torkelson, the top overall selection in the 2020 major league draft, doubled to left-center with one out in the third. He moved to third on Dustin Garneau’s single and scored on Robbie Grossman’s grounder. Jonathan Schoop’s bloop to right brought home Garneau and Baez’s double to left-center knocked in Schoop.

Devers and Xander Bogaerts singled with one out in the fourth, the first baserunners allowed by Alexander, but J.D. Martinez then tapped into a double play.

Boston tied it with three runs in the sixth.

Kevin Plawecki led off with a single and scored on Hernandez’s RBI double. Devers brought in Hernandez with a single, ending Alexander’s outing. Martinez’s two-out double to right off Jacob Barnes knocked in Devers.

The Red Sox scored two runs in the eighth to gain a 5-3 lead.

Hernandez led off with a walk and advanced on Alex Lange’s wild pitch. Devers brought him home with a single and advanced on center fielder Akil Baddoo’s error. Devers scored four batters later on Christian Arroyo’s single to left.