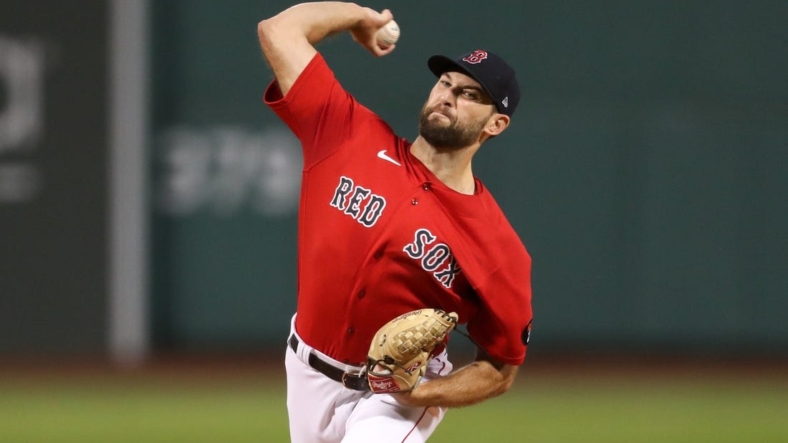 J.D. Martinez’s two-out RBI single in the eighth inning propelled the Boston Red Sox to a 2-1 win over the visiting Kansas City Royals on Friday night.

The Red Sox (70-74) won despite logging just three hits. However, they drew eight walks from the fifth inning on, including four in the two-run eighth inning.

With Kansas City ahead 1-0, Boston’s Enrique Hernandez and pinch hitter Abraham Almonte drew back-to-back walks to begin the eighth before Royals closer Scott Barlow replaced Dylan Coleman (4-2) with one out.

After Rafael Devers walked to load the bases and Xander Bogaerts struck out, Alex Verdugo worked a four-pitch free pass to bring in the tying run. Martinez then lined the go-ahead single past diving Royals shortstop Bobby Witt Jr. on the first pitch he saw from Barlow.

Boston starter Michael Wacha scattered seven hits, allowing a single run and striking out four across seven innings. He didn’t walk a batter. Garrett Whitlock (4-2) was the winner after dealing a scoreless eighth.

Matt Strahm worked around a two-out walk to Michael Massey in the ninth to record his fourth save, helping the Red Sox snap a two-game losing skid.

Eight players recorded one hit and Salvador Perez drove home the lone run for the Royals (57-88), who have lost four straight.

After Wacha dealt two 1-2-3 innings to start the game, Hunter Dozier led off the third with a single to left and was immediately retired on a relay throw from Tommy Pham to second baseman Christian Arroyo.

Kansas City starter Jonathan Heasley was efficient in the early going. A double play erased Devers following a one-out single to center in the first before the next nine Boston batters were retired.

In the Boston fifth, two walks and an Arroyo single loaded the bases with one out, but Hernandez grounded into an inning-ending double play.

Kansas City finally broke a scoreless deadlock in the sixth. M.J. Melendez ripped a leadoff triple high off the wall over the head of Hernandez in straightaway center and scored on Perez’s one-out single through a vacated right side of the infield two batters later.

Heasley threw 6 2/3 scoreless innings of two-hit ball with five strikeouts and three walks. The rookie turned in his third scoreless outing of the year.