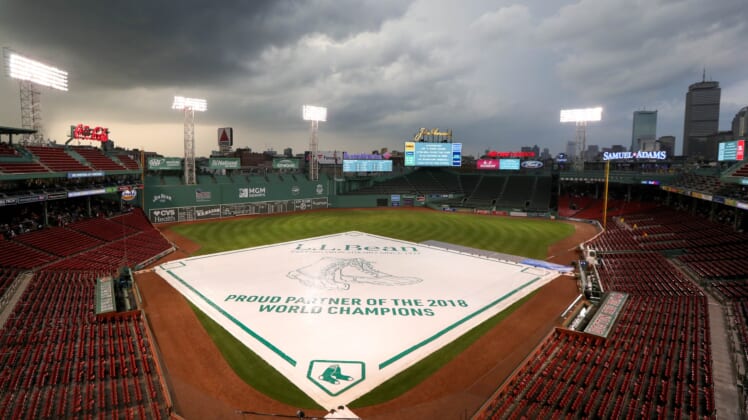 A number of professional sports teams and leagues have spoken out in support of those protesting the murder of George Floyd in Minneapolis a week ago.

It comes with the United States divided on both racial and socioeconomic lines and with protests having been widespread over the past week.

As streets literally burn around the country, the Boston Red Sox are using their platform to help create change. The team put up a simple message on its scoreboard at Fenway Park Tuesday, reading “Black Lives Matter.” They also showed support for protesters around the country.

As we’ve seen over the past several years, that saying has shockingly become political. Some of the responses to the Red Sox’ post show this in a big way.

More so than we’ve seen after the deaths of other unarmed black men at the hands of the police in the past, it seems like the sports world has taken this latest tragedy to speak up.

The Red Sox are obviously the latest example. They won’t be the last.