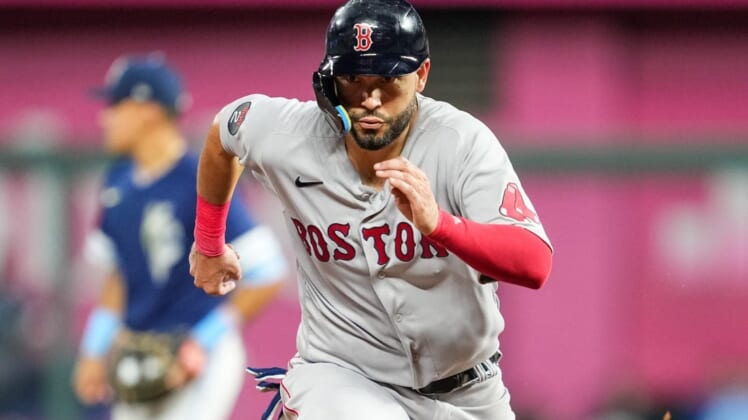 Hosmer is plagued by lower back inflammation. The transaction is retroactive to Aug. 21.

Eovaldi is bothered by right shoulder inflammation. His move was backdated to Aug. 19.

Hosmer departed Saturday’s game against the Baltimore Orioles with back soreness and sat out Sunday. He is batting .225 (9-for-40) with four RBIs in 12 games since being acquired from the San Diego Padres earlier this month.

Eovaldi was scratched from an Aug. 18 start against the Pittsburgh Pirates and has been unable to shake the irritation in the shoulder area. He last pitched on Aug. 12 when he went six innings against the New York Yankees.

Cordero, 27, was to be sent back to Worcester on Tuesday after being Boston’s 27th man for Sunday’s Little League Classic. He homered in that game, his fifth of the season, to go with 25 RBIs and a .222 batting average in 73 games.