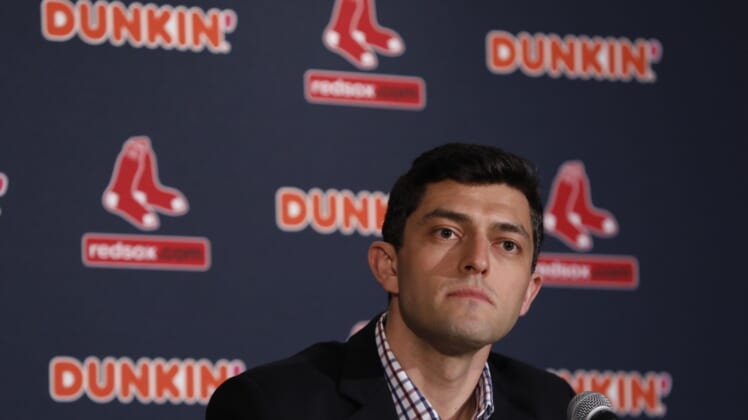 The Boston Red Sox are the only MLB team left without a manager in the fallout of MLB’s sign-stealing scandal. It appears it might stay that way for a while with the team reportedly waiting for the league to conduct its investigation into the Red Sox.

According to MLB Network’s Jon Morosi, the Red Sox might be slow playing their managerial search as a means to buy time during MLB’s investigation. MLB is currently examining allegations that the Red Sox use the replay room to steal opponents’ signs in 2018.

The allegations against the Red Sox suggested the team used a similar method as the Houston Astros employed during the 2017 season. While Boston fired Alex Cora for his role in the Astros’ cheating methods, the organization isn’t in the clear on potential punishment.

MLB fined the Red Sox for using electronics to steal signs from the New York Yankees in 2017. After the punishment, MLB informed the team that the discipline would be even harsher if rules were violated again.

If MLB’s investigation concludes that the Red Sox continued using technology to steal signs the following year, the league could hand down a punishment similar to what the Astros received. In that instance, MLB fined the team $5 million and stripped its first- and second-round picks in 2020 and 2021.

While the Red Sox have been connected to several candidates to replace Alex Cora, it now appears likely that they won’t move forward with a hire until the league investigation ends. Meanwhile, whoever Boston hires might not have Mookie Betts when they are ultimately hired.