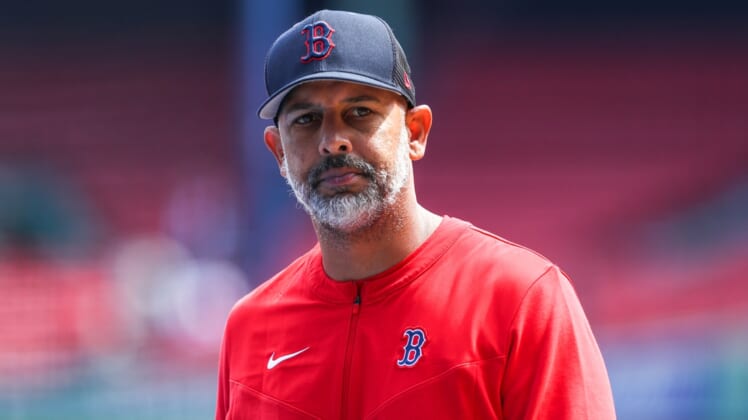 Boston Red Sox manager Alex Cora is back with the team after missing six games due to testing positive for COVID-19.

Cora was cleared by Major League Baseball to rejoin the team for Wednesday night’s road contest against the Toronto Blue Jays.

The Red Sox went 1-5 without the 46-year-old Cora. Bench coach Will Venable ran the team during Cora’s absence.

Cora, who said he is fully vaccinated, tested positive last Thursday prior to a home loss to the Blue Jays.

The Red Sox traveled after that contest to Florida for a weekend series against the Tampa Bay Rays.

“I didn’t want to be the guy that hopped on a plane feeling bad and putting the whole team in a bad spot,” Cora told reporters on Wednesday. “You have to be smart about it, you have to be responsible.”

Cora said he isolated at home while the rest of his family was in Puerto Rico.

Wednesday’s contest is the third of a four-game set in Toronto. The Blue Jays won the first two.