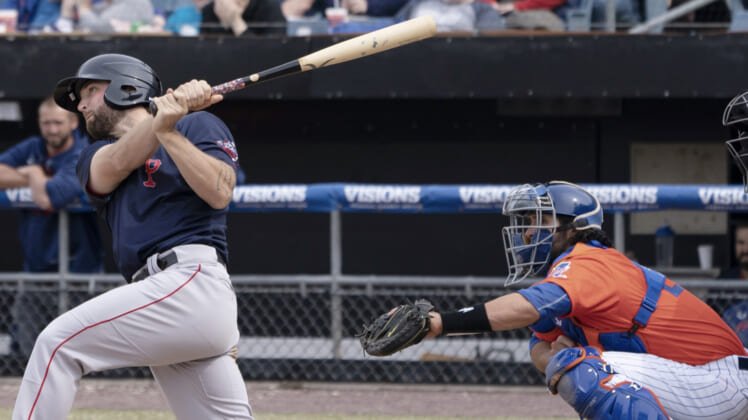 In the midst of a horrific skid to begin the season, the Boston Red Sox are now calling upon one of their top prospects to help give the team a lift.

On Friday, Boston called up infield prospect Michael Chavis from Triple-A Pawtucket in a series of moves that also saw infielder Eduardo Nunez placed on the 10-day injured list.

The Report: Chavis is rated as the No. 2 overall prospect in Boston’s minor-league system, according to Baseball America.

The Outlook: Chavis could see time immediately at second base with Nunez and Dustin Pedroia sidelined, though he is still new to the position.

Chavez could also allow Boston to give Rafael Devers a break as the 22-year-old carries just a .659 OPS with zero home runs across 75 plate appearances this season.