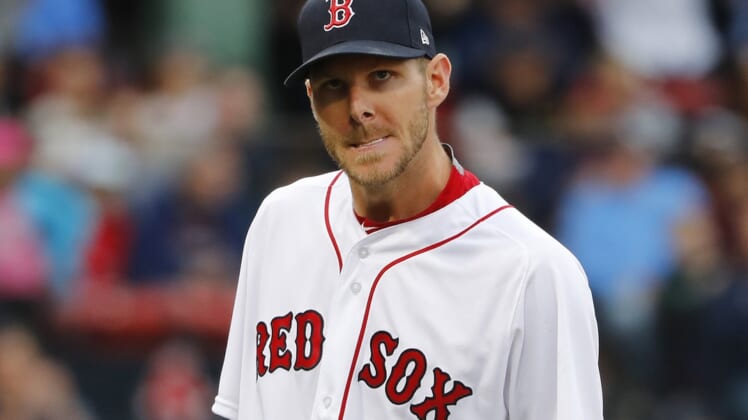 Boston Red Sox starter Chris Sale was ejected before finishing four innings in a blowout loss to the New York Yankees on Saturday.

Sale yielded eight earned in 3.2 innings, his worst performance as a member of the Sox.

Following the game, Sale took responsibility for his bad outing. He aso seemignly called the ump out.

The frustration is there for Sale and his Red Sox. Boston has lost five consecutive games and is on the outside looking in when it comes to the AL playoff race.

Meanwhile, Sale has now pitched to a 4.68 ERA and has yielded 14 earned runs in his past two stars, both against New York.