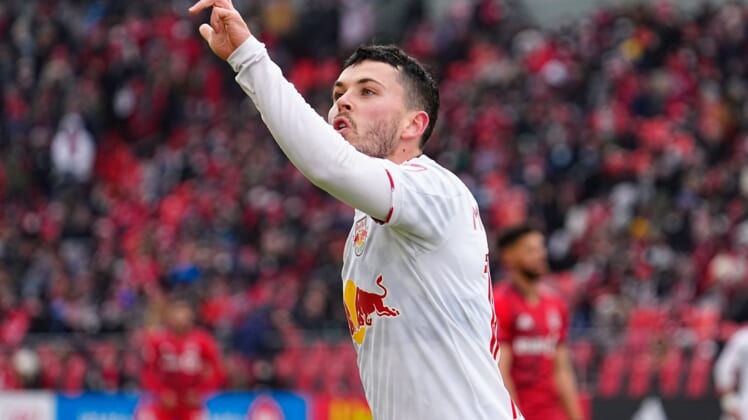 The New York Red Bulls will try to continue their perfect start to the season when they open their home slate against a Minnesota United team that has settled for a pair of draws so far.

Challenged offensively last year despite making the playoffs, the Red Bulls (2-0-0, 6 points) appear to have corrected those shortcomings in 2022, scoring seven times in their first two victories. Both came on the road, most recently with offseason acquisition Lewis Morgan scoring three goals for his first MLS hat trick in a 4-1 win at Toronto FC last Saturday.

The seven goals equal the total New York scored in its last nine matches of 2021, including a 1-0 extra-time loss to the Philadelphia Union in the first round of the MLS Cup Playoffs.

If this offensive production continues, it could turn the Red Bulls into a genuine title contender; their defense conceded an Eastern Conference low-tying 33 goals in 2021. This season’s early success has come from a squad that has played four teenagers — and no one age 30 or older.

“We know we have an especially young group, and we can not expect always to be very constantly (performing),” manager Gerhard Struber said this week. “But right now, many things look from the results in a very good direction. And at the same time, I can see we have to improve many, many things and we have absolutely no time to relax.”

Minnesota (0-0-2, 2 points) hits the road again after settling for a 1-1 draw for the second time in as many weeks, this one a weather-delayed affair against new Western Conference foe Nashville SC.

Hassani Dotson scored his first goal of the season in the 75th minute to answer C.J. Sapong’s strike five minutes into the contest.

Despite the context of a home opener, manager Adrian Heath thought it was ultimately a positive result for his side. Nashville drew an MLS record-tying 18 games last season and still finished third in the Eastern Conference before being swapped to the West this season.

“I don’t think it was a disappointing result, no,” Heath said. “I always say this, ‘Don’t ever underestimate taking a point from a game of football.’ Contrary to popular belief, the opposition want to win as well.”