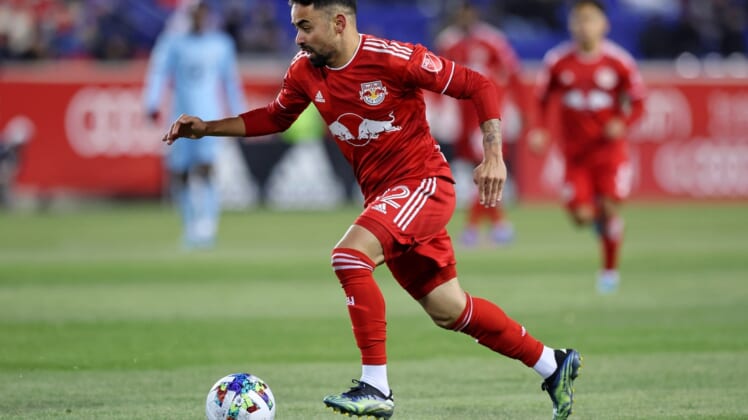 Something will have to give on Saturday night when the New York Red Bulls host FC Dallas in Harrison, N.J.

New York (3-2-1, 10 points) is winless in four consecutive matches at home going back to last season. The club has lost twice with one draw this season, including last weekend’s 2-1 defeat to Montreal, and is 4-4-7 in its last 15 home matches.

The two teams have not faced each other in almost three years.

Taking a lead doesn’t mean much for New York. According to the Major League Soccer website, since the start of last season the Red Bulls have failed to win 11 matches in which they held a lead.

“We’ve had in every game enough chances to score and win the games,” head coach Gerhard Struber said. “We are very clear. We play at home. We have enough quality and enough talent. We have a big focus and concentration on our style of play.”

Struber said to build a “fortress” at home, the Red Bulls need to stick with the basics and principles of the team’s system and work for chances.

FC Dallas has three wins and a draw over its last four matches, and is led by U.S. national team regular Jesus Ferreira. Ferreira has five goals and an assist this season.

Ferreira scored twice in his team’s 3-1 win over Colorado last Saturday. The 21-year-old striker’s five goals are tied for the MLS lead.

“I think Jesus is understanding the role he’s in, when he has to drop and help the team in build and when to stay high to be in a good position to score,” FC Dallas head coach Nico Estevez told the team website. “Also, his confidence and determination to score those goals.”