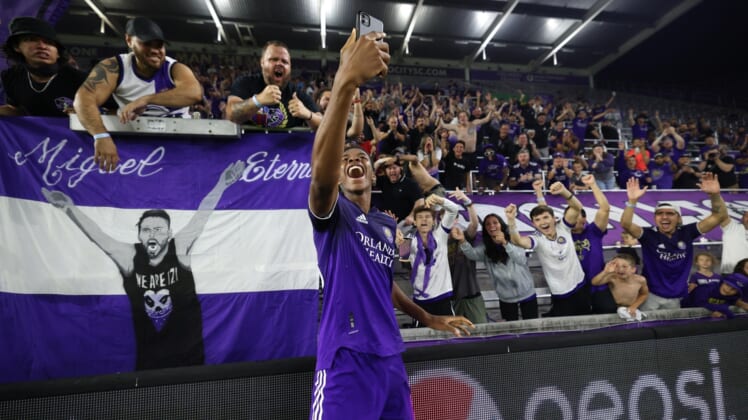 The New York Red Bulls will look to stay perfect on the road when they visit Orlando City SC on Sunday.

The Red Bulls (3-2-2, 11 points) have won all three games on opposing pitches this season. They hope that success will get them back on track, with just one win in their past five games while going winless in their past two.

Offense has been hard to come by for New York, with seven of the team’s 10 goals this season coming in its first two games. The Red Bulls also have been shut out twice this season.

They know they’ll be in for a challenge against an Orlando side that has posted consecutive shutouts while conceding just seven goals in eight games.

“We know that they have big power and big focus to be ready on the ball,” Red Bulls coach Gerhard Struber said. “I think this direction we could see also interesting spaces. They will give us maybe transition moments, and I think this could be a big chance for us. At the same time, I have the feeling with a good position in possession, with a good discipline, I think in this direction we can come also on the ball in good moments.”

Orlando (4-2-2, 14 points) is coming off consecutive victories for the first time since last October (including playoffs). It’s just the second time in the team’s past 33 MLS matches that it has won two straight since winning three in a row from June 19-25, 2021. That streak was snapped with a home loss to the Red Bulls.

“We certainly think that New York will bring an intensity to the game,” Orlando City coach Oscar Pareja said. “We know from the prior games that we need to be 100 percent concentrated and try to match that intensity. At the same time, pay attention to the quality of our game and the quality of our team, knowing that we’re at home. We’re looking for those points.”

The Lions have lost their past two matches against the Red Bulls and are winless in their past three against them. They last defeated New York on Oct. 3, 2020, in Orlando.