Red Bulls out to regain road prowess at Sporting KC 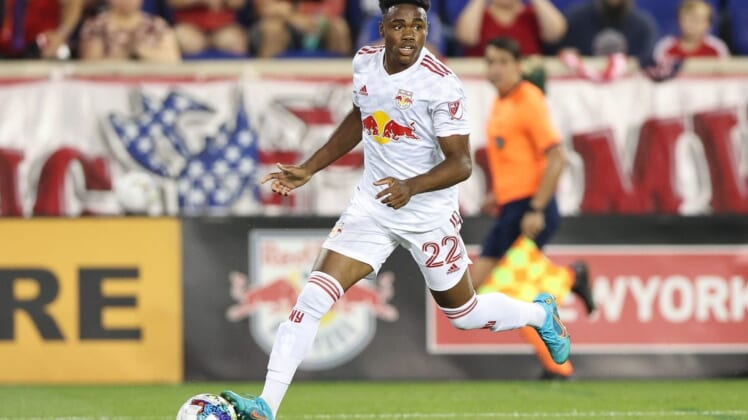 The New York Red Bulls look to get back to their road dominance when they visit struggling Sporting Kansas City on Sunday.

New York (8-5-5, 29 points) won its first five road games to start the season, outscoring opponents 13-3. It’s been a struggle since then, going 0-3-1 including three straight losses each by 2-0 scores.

“We’ve got to be sure to not just mentally shut down and think that it’s going to be an easy game,” Red Bulls defender Sean Nealis said. “They’re a tough opponent (and) they’ve got some good attacking players in (Johnny) Russell and (Khiry) Shelton. We’ve got to stay engaged. Going on the road is never easy. I think it’s a big test for us.”

New York has alternated wins and losses over its past six games after rallying for a 2-1 win against Atlanta United on Thursday, tallying twice in the final 10 minutes.

Lewis Morgan scored on a penalty kick in the 83rd minute against Atlanta and has converted on all three penalties he’s taken this season. He has four goals in his past six MLS games and ranks tied for fourth in the league with eight.

Defender Tom Edwards won’t be available for New York after sustaining an injury against Atlanta.

Sporting Kansas City has won just twice in its past 13 games, going 2-7-4 in that stretch. Three of the club’s four wins have come at home this season but SKC has dropped their past two as the hosts. They haven’t lost three straight at home since Aug. 23-Sept. 26, 2014.

Even with their struggles, Sporting finds itself seven points behind the playoff cutoff line at midseason.

“You have to look at the positive things in front of you,” SKC coach Peter Vermes said. “Yes, you look at (the standings), but I wouldn’t say that’s the only thing that you look at. … You keep that inside your head and then you think about the number of games you have left in the season, how many points are available. … You’re thinking about all that stuff.”

Vermes, who is the MLS all-time leader in coaching wins, will coach his 500th game for the club on Sunday.

Russell (eight) and Daniel Salloi (four) have accounted for 12 of Sporting’s past 15 goals at home, including each of the last five.