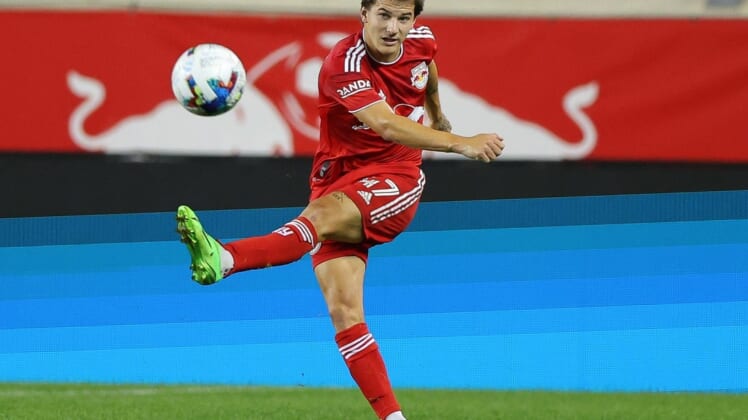 The New York Red Bulls and manager Wayne Rooney’s D.C. United both look to respond from troubling performances when they meet on Saturday night in Washington, D.C.

The Red Bulls (10-7-6, 36 points) come into the weekend in fourth place in the Eastern Conference. That’s well above last-place D.C. United, but on the heels of the more surprising result.

Despite earning two penalty kicks and twice holding a two-goal lead, New York dropped a 5-4 decision at home on Wednesday night to the Colorado Rapids.

Lewis Morgan converted one penalty kick for his team-leading 10th goal of the season, however the Red Bulls conceded three times in a 12-minute span late in the second half. They’ve now allowed 13 goals across their last three competitive matches, including a 5-1 U.S. Open Cup defeat to Orlando City SC late last month.

“We’ve kind of just shot ourselves in the foot at times I think,” Red Bulls defender Sean Nealis said. “Whether it’s playing the wrong pass beforehand that leads to the goal, or being in the wrong position. I think a lot of games in a short amount of time kind of hit us hard, and I think we have to correct that this week.”

The Red Bulls have already defeated D.C. twice this season in May — 4-1 at home in the league and 3-0 away in the U.S. Open Cup — but are facing Rooney as manager for the first time.

The shine from that win faded quickly when D.C. dropped a 3-0 decision at Charlotte FC on Wednesday night. Leading scorer Taxiarchis Fountas departed at halftime with a leg injury after scoring his 11th goal against Orlando, but is not listed on the club injury report for Saturday.

In both matches, Rooney said he saw a lack of initiative in his team’s attacking play.

“We got into areas that I wanted us to get into, but we weren’t positive enough,” Rooney said. “We were hesitant to pass forward. I don’t think we had enough runners to stretch the pitch.”