Red Bulls aim to build on momentum against CF Montreal 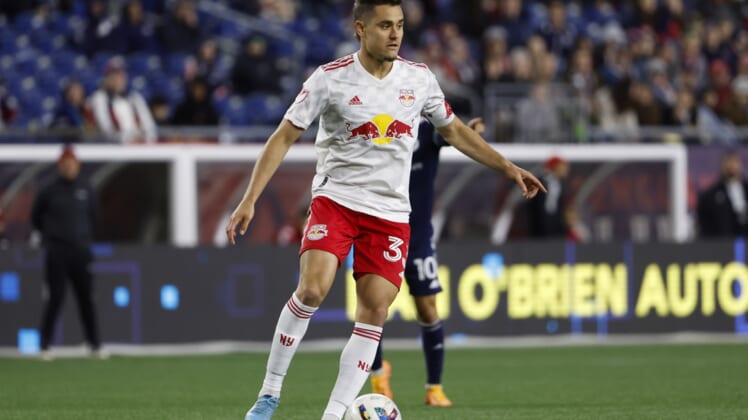 The New York Red Bulls will look to continue their strong start to the season on Saturday when they host a CF Montreal team that is coming off its first win.

But their last win might’ve been their biggest yet.

In a visit to the defending Supporters’ Shield holders New England Revolution, the Red Bulls survived a red card to Frankie Amaya in the 73rd minute and then took the lead on a 90th-minute own goal.

What the 1-0 result lacked in the aesthetics of earlier away wins at San Jose and Toronto, it made up for in sheer grit, said defender Aaron Long.

“It wasn’t the prettiest of football from us,” Long admitted. “We knew they were a good team and they have a lot of talented players. And they had a little bit of the better of the game, especially the first half there. So the way that the boys stuck together and grinded that one out, it’s big time.”

The Red Bulls will have to respond again Saturday playing without Amaya, who will serve his red-card suspension, and injured attacker Caden Clark.

Montreal (1-3-1, 4 points) showed resiliency of its own in a 4-3 win at FC Cincinnati last Saturday.

Djordje Mihailovic scored his team-leading second and third goals before halftime to pull Montreal level after falling behind.

Kei Kamara added his first goal with Montreal, his ninth club in an MLS career that started in 2006. And Joaquin Torres struck the winner in the 67th minute, only six minutes after Luciano Acosta leveled it at 3-3 from the penalty spot.

“It is great to get the first win of the season,” Mihailovic said. “It came later than we wanted but we got it done. And it is good to experience this kind of game because Cincinnati took the lead twice but we fought back. That shows the character of this team.”

Forward Romell Quioto is expected to return after missing last weekend’s trip to Cincinnati due to COVID-19 protocol.