Morgan registered seven goals and 12 assists in 57 starts with Miami over the past two seasons. He was named the team MVP after posting five goals and eight assists in 23 matches in 2020.

“We are delighted to add Lewis as an attacking option,” Red Bulls head of sport Kevin Thelwell said in a news release. “Not only does he bring a wealth of experience from Europe, but he has found success in MLS the last two seasons. We hope that his experience within the league will provide an immediate impact to our group.” 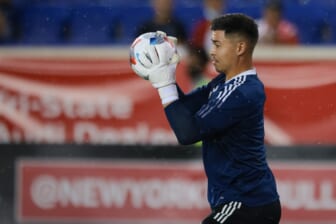 Morgan previously made 31 appearances with Celtic FC in his native Scotland, including seven in the Champions League and eight in the UEFA Europa League.

“I am happy to have Lewis be a part of our squad,” Red Bulls coach Gerhard Struber said. “He possesses the instinct and intelligence to recognize to get in behind, to open up passing lanes and create space. His ability against the ball to press and counter-press will also provide useful to our team.”