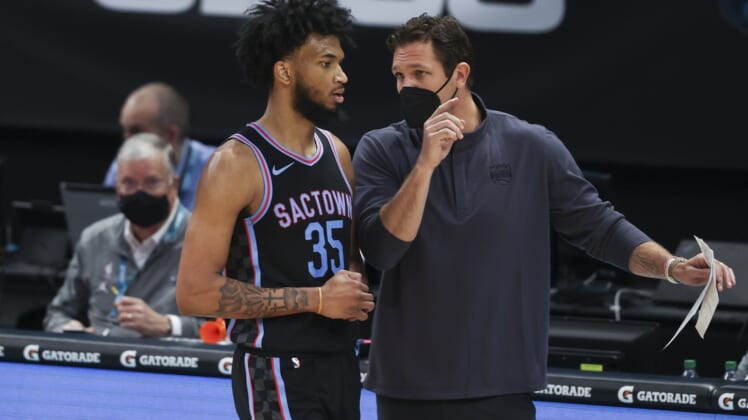 A tough season for Sacramento took another hit when forward Marvin Bagley III left the Kings’ eventual loss to the Charlotte Hornets on Monday night with what the team announced is a fractured left hand.

An X-ray at the Spectrum Center, the Hornets’ home court, revealed the injury, and the team said an estimate of how long Bagley would have to sit out will come in the next few days as he gets more medical treatment.

Bagley, no stranger to injuries in his three years in the NBA after he was taken second overall in the 2018 draft, left the game with just under three minutes left in the first half and the Kings leading by six. They lost 122-116.

Bagley played only 62 games in his rookie season due in part to a fractured right thumb and a sprained left foot, and he missed the Kings’ time in the NBA “bubble” near Orlando with a right foot injury he sustained during practice in July. He played only 13 games last season.

The Kings are 15-24 and have the third-fewest wins in the Western Conference. They will play the second game of a six-game road trip on Wednesday in Washington.