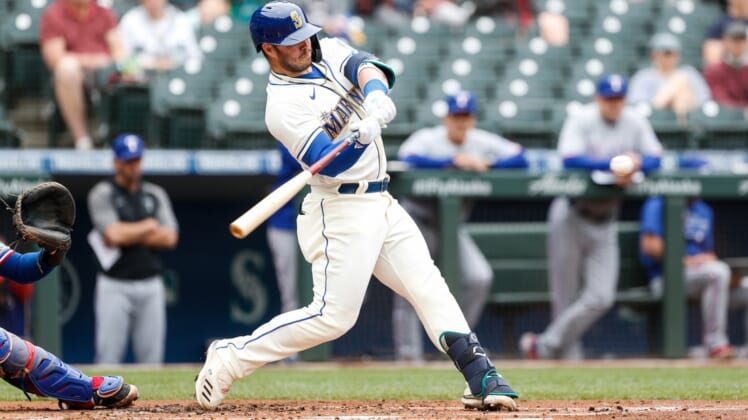 Ty France drove in three runs and Kyle Seager homered for the Mariners, who swept the four-game series and have won six of their past seven games.

Kikuchi (3-3), a left-hander, went 6 2/3 innings and allowed two runs on three hits. He walked one and struck out five.

Kikuchi took a no-hitter into the sixth before Willie Calhoun grounded the first pitch of the inning into right field for a single.

Trailing 4-0, the Rangers finally got on the scoreboard in the seventh. Nick Solak led off with a single and, an out later, Joey Gallo hit a two-run homer to center on a 3-2 pitch.

Right-hander Keynan Middleton pitched a 1-2-3 ninth for his fourth save of the season.

The Mariners took an early lead. With two outs in the first, Kyle Lewis lined a single to left and Seager walked. France lined a run-scoring double to left to put Seattle up 1-0.

Seattle extended its advantage in the third as Lewis reached on a two-base error by center fielder Adolis Garcia and Seager lined a single to right and advanced to second on the throw that kept Lewis at third. France grounded a two-run single to center for a 3-0 lead.

Seager homered off right-hander Demarcus Evans with one out in the fifth, hitting a high fly ball to right that just eluded a leaping Gallo and settled in the first row of the stands.