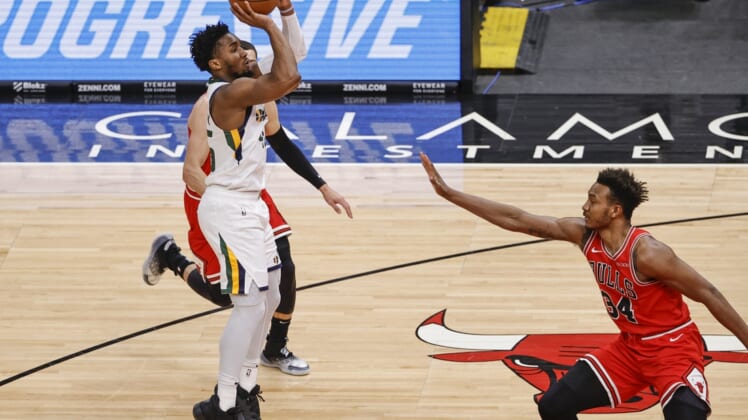 Rudy Gobert had 21 points, 10 rebounds and a career-high nine blocked shots, and the Utah Jazz pulled away for a 120-95 win over the host Chicago Bulls on Monday night.

Gobert set a personal record when he swatted away a layup attempt by Coby White midway through the fourth quarter. He surpassed his previous high of eight blocked shots, which he established against the Indiana Pacers on March 20, 2017.

The Jazz led 89-71 at the end of the third quarter. Clarkson capped the period with a floating jump shot off an assist from Conley with 3.1 seconds to go.

Utah held a 56-42 lead at the half. Mitchell led all scorers with 21 points before the break while LaVine led the Bulls with 13.

Chicago opened with a 20-15 lead after White drained a 3-pointer with 4:07 remaining in the first quarter. But the advantage did not last for long as Utah closed the quarter on a 14-3 run to go ahead 29-23.

In the second quarter, Utah extended its lead to as many as 17 points. Young trimmed the Bulls’ deficit to 14 when he made a cutting layup with 25.9 seconds left before intermission.

This was the first meeting of the season between the teams, who will square off again in Salt Lake City on April 2.