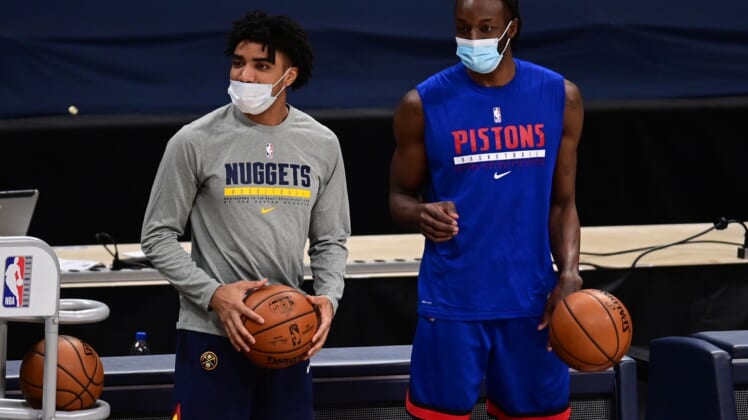 The Detroit Pistons and Denver Nuggets had their game Monday night at Denver postponed at the last minute because of COVID-19 concerns with the Pistons.

The announcement was made just before the 7 p.m. local time opening tip between the teams.

The Pistons were watching film of the Nuggets pregame, according to an ESPN report, when word came of a positive but inconclusive COVID-19 test on a Pistons player.

“Because of ongoing contact tracing within the Pistons, the team does not have the league-required eight available players to proceed with tonight’s game against the Nuggets,” the NBA said in a release.

No reschedule date has been announced. The NBA has only released the schedule through the first half of the season with the intention of putting as many postponed games as necessary on the second-half of the schedule.

The Pistons were supposed to be on a five-game road trip, opening it Saturday with a 118-91 loss at Golden State. The Nuggets will now leave on a two-game trip, first to Los Angeles to meet the Lakers on Thursday followed by a game at Sacramento on Saturday.

The NBA has postponed 23 games so far this season.