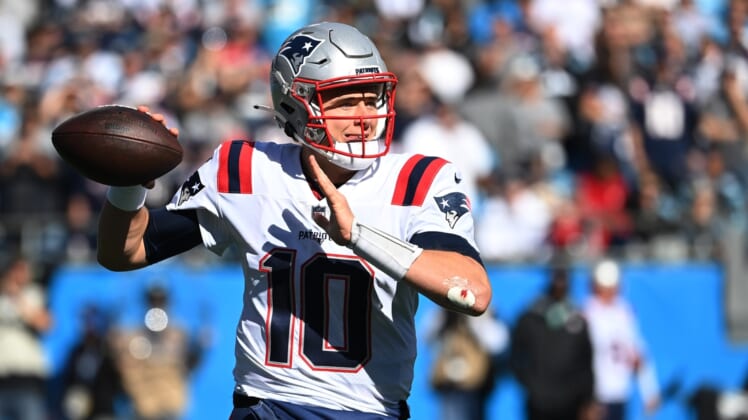 The New England Patriots did much of their good work on defense Sunday against the Carolina Panthers, with J.C. Jackson scoring on an 88-yard interception return in a 24-6 road victory in Charlotte, N.C.

New England managed just 273 yards of total offense, but the Panthers were limited to 240 yards and 13 first downs.

Carolina (4-5) has lost five of its past six games. In the past three games, the Panthers have scored a total of one touchdown.

Running back Christian McCaffrey, who returned after a five-game absence for the Panthers, compiled 52 rushing yards and 54 receiving yards — tops on the team in both categories.

After the second pick-off of Darnold, the Patriots converted on Nick Folk’s 37-yard field goal for a 24-6 edge.

Despite having most of the pieces of the offense back in place, the Panthers had only 65 yards of total offense and three first downs in the first half.

New England led 14-6 at halftime courtesy of a pair of 75-yard touchdown drives.

Former Patriots cornerback Stephon Gilmore, who joined the Panthers a few weeks ago, intercepted Jones and made a 13-yard return to set Carolina up at the New England 34. Carolina turned that opportunity into a 49-yard field goal from Gonzales.

New England struck back with a 10-play march, with Jones connecting with Hunter Henry for a 7-yard touchdown with 24 seconds remaining in the first half.