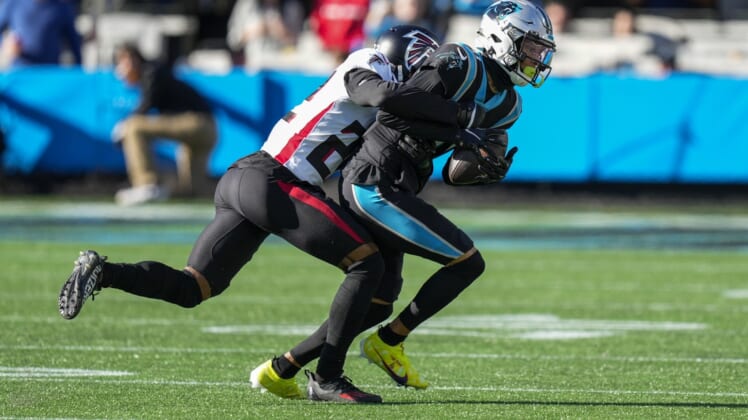 Mykal Walker returned an interception 66 yards for a touchdown and the Atlanta Falcons went on to post a 29-21 win over the host Carolina Panthers on Sunday in Charlotte, N.C.

Cam Newton completed 15 of 28 passes for 178 yards, however he also had two turnovers (one interception, one fumble). Backup quarterback P.J. Walker threw a 5-yard touchdown pass to Robby Anderson with 3:11 to play, but Carolina did not get the ball back.

The Panthers (5-8) have lost three games in a row. 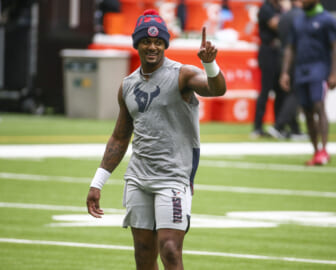 Carolina rookie Chuba Hubbard scored on a 17-yard run on the first possession of the second half. Newton ran for 16 yards and threw for 28 yards on the 60-yard drive.

Newton’s fumble set up the Falcons for their next score. That came in the opening minute of the fourth quarter on a 3-yard pass from Ryan to tight end Hayden Hurst, though a failed two-point conversion play left the score at 26-14.

Newton was sacked on fourth down on Carolina’s next possession. So even though the Falcons only picked up 18 yards on the ensuing possession, they ended up with Koo’s 48-yard field goal.

Walker came through with a big play in the first half, breaking a 7-7 tie by stepping in front of Newton’s pass and racing to the end zone midway through the second quarter.

Newton opened the scoring on a 12-yard run to cap the team’s first possession. That was a bright spot for the Panthers, who fired offensive coordinator Joe Brady and made Jeff Nixon the new play caller during their bye week.

Cordarrelle Patterson countered for the Falcons later in the first quarter with a 3-yard scoring run. Patterson became the first player in Falcons franchise history with five receiving and rushing touchdowns in the same season.