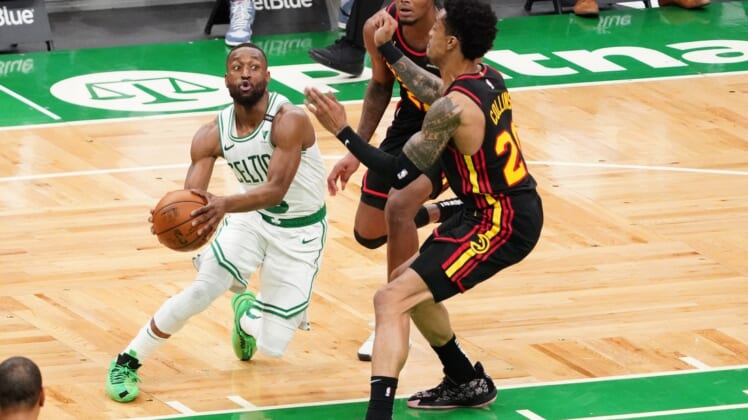 Kemba Walker returned from a one-game sabbatical to score a season-high 28 points and lead the Boston Celtics to a 121-109 win over the visiting Atlanta Hawks on Friday.

Walker sat out the first of the two-game series against Atlanta for load management of his left knee, a game the Celtics lost. He scored 20 of his points in the first half on Friday as Boston built a 25-point halftime lead.

Walker was a season-high 10-for-16 from the floor, including five 3-pointers, and added five rebounds, six assists and three steals. He even blocked a shot.

The Celtics led by as many as 27 points (96-69) in the second half but had to withstand an Atlanta comeback that trimmed the lead to nine points with just under five minutes left.

The Celtics bolted to a 33-22 lead after one quarter and took a 66-41 advantage into halftime. Boston led 98-73 after three quarters.

The Celtics called timeout and reinserted their first unit to help withstand the unlikely comeback. But Atlanta continued to peck away, and Young’s 3-pointer cut the lead to nine points with 4:50 remaining.

Both teams play again on Sunday. Atlanta returns home to host the Denver Nuggets, while Boston travels to New Orleans.