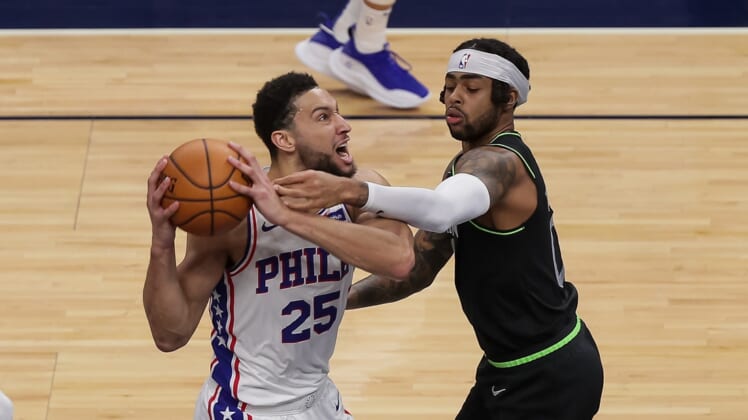 Joel Embiid scored 37 points and grabbed 11 rebounds to lift the visiting Philadelphia 76ers past the Minnesota Timberwolves 118-94 on Friday in Minneapolis, Minn.

Embiid was 16 of 18 from the free-throw line and posted his fifth game this season of at least 30 points and 10 rebounds.

Tobias Harris added 17 points and 11 rebounds, Shake Milton had 13 points, Seth Curry contributed 12 and Ben Simmons had 11 for the Sixers, who continue to hold the top spot in the Eastern Conference.

Malik Beasley led the struggling Timberwolves with 22 points while Anthony Edwards added 15 and D’Angelo Russell returned from a bruised quad to contribute 14. Jarred Vanderbilt had 11 for Minnesota, which played without Karl-Anthony Towns due to COVID-19 health and safety protocols.

The Timberwolves, who have lost three in a row, are 2-12 without Towns this season.

Beasley dropped in a runner in the lane and the Timberwolves moved out to a 39-34 lead midway through the second quarter.

The Sixers went ahead 42-41 with less than four minutes remaining in the first half after Simmons dribbled the length of the court and threw down a dunk.

Embiid poured in 21 first-half points to give the Sixers a 53-48 advantage at halftime.

Minnesota missed 14 of its 16 3-point attempts in the first half.

After Beasley’s 3-pointer got the Timberwolves within 72-63 with a little more than seven minutes remaining in the third quarter, Philadelphia pushed its lead to 88-74 at the end of the third, even with Embiid resting for the final few minutes.

The Sixers achieved an 18-point lead at 95-77 three minutes into the fourth after Furkan Korkmaz hit a 3-pointer and Matisse Thybulle followed with a basket in the lane on their next possession.