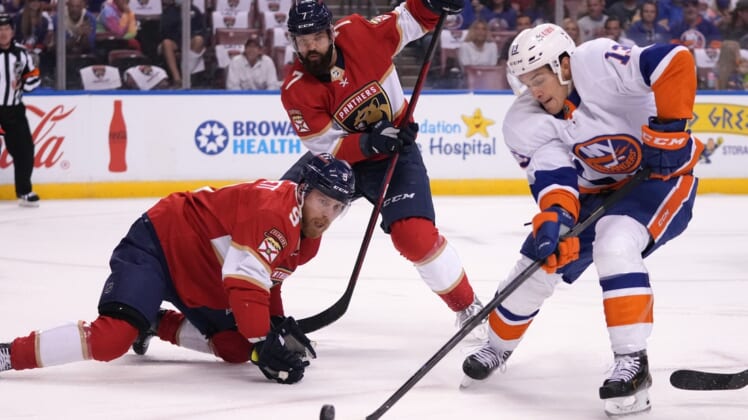 Anthony Duclair and Aleksander Barkov also scored for the Panthers, who have a pair of wins in their first two games this season.

Panthers winger Jonathan Huberdeau had an assist and became the first player in franchise history to reach 500 points. 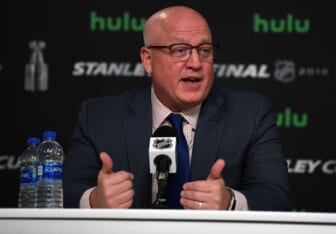 Ilya Sorokin made 24 saves for the Islanders, who have lost both of their games so far this season.

The Islanders are two games into a season-opening 13-contest road trip. It’s the longest trip in the Islanders’ 49-year history.

Bennett opened the scoring with 9:10 gone in the first period, pouncing on a rebound after a Radko Gudas shot was stopped. The left side of the net was completely open for Bennett.

The Panthers made it 2-0 with 3:48 expired in the second on Bennett’s wraparound goal.

New York’s Ryan Pulock appeared to score with 8:06 elapsed in the second. But instead of cutting the Islanders’ deficit to 2-1, that tally was taken off the board due to goalie interference.

The Panthers then made it 3-0 on Duclair’s breakaway goal with 63 seconds left in the second. Duclair collected an airborne pass from MacKenzie Weegar while managing to stay onside, finishing with a shot that trickled in off the right post.

After Gudas was hit with a delay-of-game penalty for inadvertently flipping the puck over the glass, the Islanders needed just 10 seconds to cash in with their first power-play goal of the season. Wahlstrom got the goal, beating Bobrovsky five-hole.

At 9:39 in the third, Bennett completed his hat trick, scoring on an odd-man rush, wiring a shot over Sorokin’s glove. His only other hat trick was five years ago while playing for Calgary against the Panthers.

Barkov’s breakaway flip with 7:38 left gave Florida a 5-1 lead, ending any Islanders hopes for a comeback.