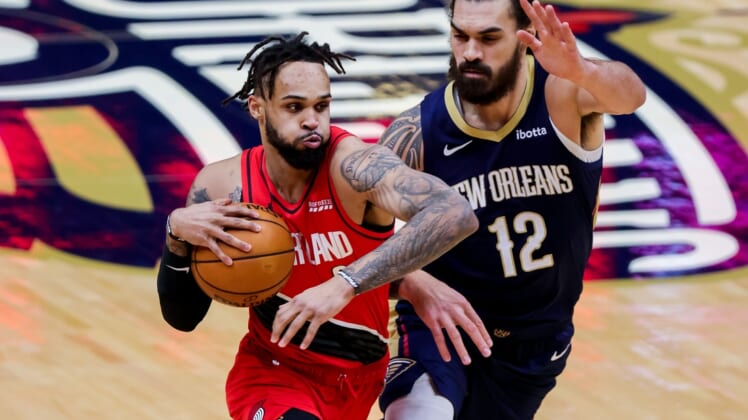 Lillard, who also tied a career high with 16 assists, drove to the basket and for a layup and subsequent foul shot that gave Portland a 126-124 lead with 16 seconds left. New Orleans’ Lonzo Ball missed a 3-point attempt and Brandon Ingram missed another jumper on the final possession.

New Orleans led by 10 points at halftime but Jones had two baskets as Portland cut the margin in half less than two minutes into the third quarter.

Covington made back-to-back 3-pointers to give the Blazers an 85-84 lead.

The lead changed hands four more times before Trent’s buzzer-beating 3-pointer gave Portland a 94-91 edge at the end of the third quarter.

The Blazers took a 123-122 lead when Lillard fed Jones for a layup with 28.7 seconds remaining.

Williamson made two free throws to put the Pelicans back on top with 26 seconds to go before Lillard made the game-winner.

Lillard scored 15 points as Portland took a 35-30 at the end of the first quarter.