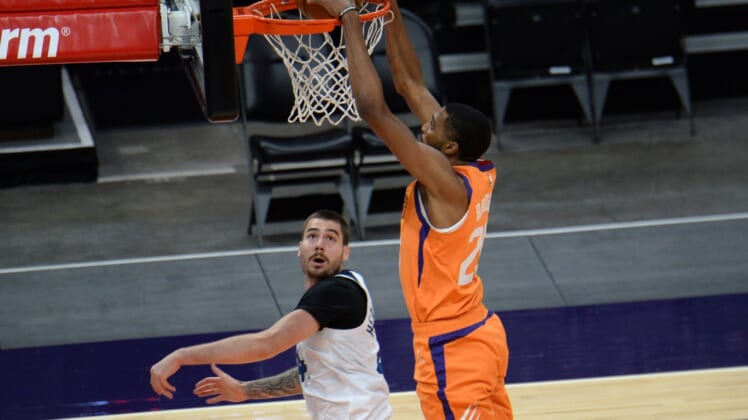 Chris Paul recorded 20 points and nine assists to help the Phoenix Suns post a 113-101 victory over the visiting Minnesota Timberwolves on Friday night.

Mikal Bridges added 17 points and Devin Booker scored 16 as the Suns won for the 19th time in the past 24 games.

Langston Galloway added 14 points and fellow reserve Cameron Payne had 11 as Phoenix split a back-to-back with the Timberwolves.

Anthony Edwards had 11 points and 10 rebounds, but the 19-year-old rookie made just 4 of 18 shots one night after becoming the third-youngest player in NBA history to score 40 or more points.

Jae Crowder and Abdel Nader tallied 10 points apiece on Friday as Phoenix shot 50 percent from the field and made 14 of 27 from 3-point range.
Jaylen Nowell added 14 points for the Timberwolves, who connected on 46.8 percent of their shots and were 13 of 35 from behind the arc.

Phoenix led by 10 at the break before Minnesota ripped off the first 15 points of the third quarter.

Edwards capped the burst with a 3-pointer to give the Timberwolves a 69-64 lead with 7:39 remaining in the stanza. The Suns finally got going behind Paul’s seven straight points and eventually took an 83-78 advantage into the final quarter.

Phoenix rattled off eight consecutive points early in the fourth quarter to increase the margin to 13.

Crowder’s four-point play pushed the Suns’ lead to 107-89 with 3:27 left, and Paul followed with a jumper to make it a 20-point game. Phoenix’s lead topped out at 21 while closing it out.

Booker scored 15 first-half points as the Suns led 64-54 at the break.