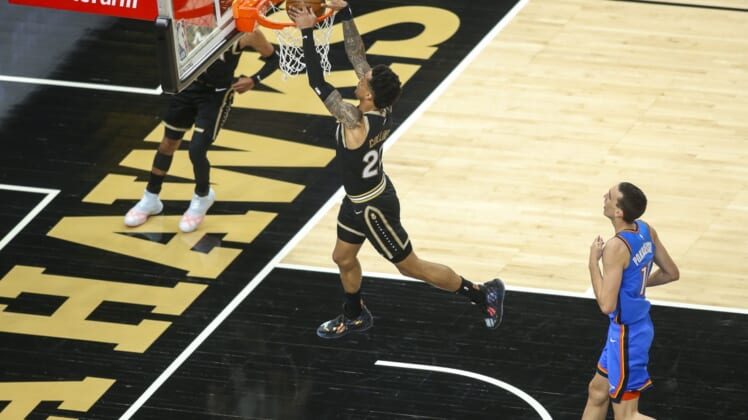 Bogdan Bogdanovic came off the bench to score a season-high 23 points and help the Atlanta Hawks rout the visiting Oklahoma City Thunder 116-93 on Thursday and extend their NBA-leading winning streak to seven games.

Bogdanovic was 9-for-14 from the floor and made five 3-pointers in the victory. It was only his second double-digit game since returning on March 2 from an avulsion fracture in his right knee that cost him 25 games. He added six rebounds and three assists.

It marked the first time the Hawks have had a seven-game winning streak since 2017 and kept Nate McMillan’s record perfect since he became head coach on March 1.

The victory broke a two-game losing streak to the Thunder and avenged a 118-109 defeat suffered in Oklahoma City on Feb. 26.

Atlanta also got 23 points and nine assists from Trae Young, who was rested during the fourth quarter, and 19 points and three blocks from John Collins.

Oklahoma City got 19 points from Shai Gilgeous-Alexander. Reserve Ty Jerome made a season-high six 3-pointers to finish with 18 points.

The Thunder got Lu Dort back in the lineup after missing two games with a sprained big toe and Al Horford played again after being rested for two games. Horford scored 11 and Dort added eight. The team was without Darius Bazley (left shoulder) for the fifth straight game.