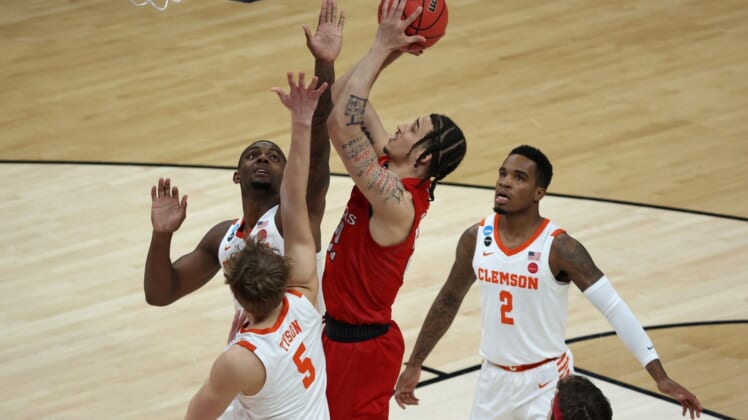 Baker made a 3-pointer with 3:49 remaining to break a 55-55 tie and give Rutgers the lead for good. He added a clinching layup with 20 seconds left as the Scarlet Knights (16-11) moved into a second-round game against second-seeded Houston, which defeated 15th-seeded Cleveland State 87-56 earlier Friday.

Clemson was on top by as many as five points early in the game, but the lead changed hands seven times before the Tigers settled for a 26-23 edge at the half on Trapp’s layup at the buzzer.

Trapp scored nine consecutive points for the Tigers at the outset of the second half as Clemson built a 35-32 lead with 15:14 left.

Rutgers responded in a big way and grabbed an 11-point lead on a 3-pointer by McConnell with 9:30 to play. But the Tigers mounted a scoring surge of their own, going on a 10-0 run to pull within 50-49 on a Chase Hunter jumper, then tying the game at 55 on a three-point play by Trapp with 4:12 left.

Clemson managed just one point in the game’s last 3 1/2 minutes.

Rutgers shot 39.7 percent from the floor while the Tigers shot 35.6 percent. The Scarlet Knights also outrebounded Clemson by a 41-32 margin.