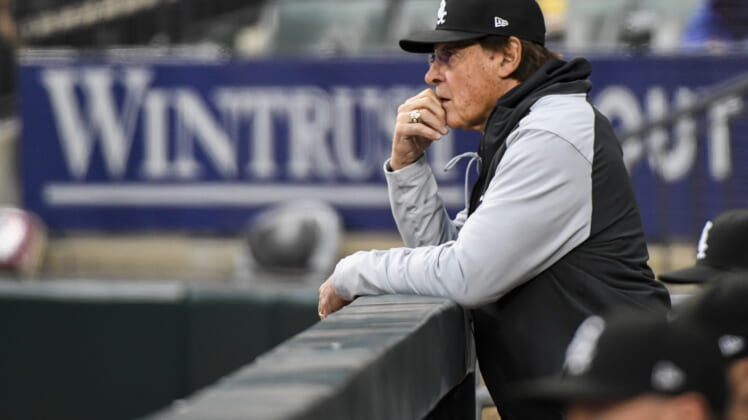 The Chicago White Sox are off to a swampy start with a record of 11-13, as they sit in third place in the American League Central. Chicago’s struggles are a combination of inconsistency and injuries.

Regarding the latter, the Sox are currently without Lance Lynn (knee), Yoan Moncada (oblique), Eloy Jimenez (hamstring), Andrew Vaughn (wrist), and Joe Kelly (biceps) due to injuries. With all that said, it’s not time to click the panic button on Chicago’s south side.

Here are three reasons why the White Sox will overcome their murky start.

Chicago White Sox offense is capable of much more

From a sheer talent standpoint, the White Sox have one of the best offensive cores in the sport. The healthy combination of Jose Abreu, Tim Anderson, Luis Robert, Jimenez, Moncada, Vaughn, Yasmani Grandal, Gavin Sheets, and others features power, line-drive hitting, and well-rounded offensive arsenals.

Abreu is currently hitting .229 but that’s not going to last. This is one of the best and most electric first basemen in the sport. Robert is a towering power threat from the right side. Some of manager Tony La Russa’s developing position players (e.g. Vaughn and Sheets) have shown the ability to play on an everyday basis and they can only get better.

The yawning nature of Chicago’s offense has as much to do with injuries as it does performance. Moncada is capable of being a lethal hitter from both sides of the plate. Jimenez is a high-level power hitter. Vaughn can make hay at the plate.

The best lineups go through slumps. Chicago is merely going through theirs early in the season, which could partially be due to the sport’s abrupt ramp-up period after the MLB lockout. This aspect of the White Sox will soon return to being the formidable unit the MLB world is accustomed to.

Lynn was Chicago’s best starting pitcher from start to finish in 2021. One would’ve imagined their rotation would suffer in his absence and from Carlos Rodon’s free-agent departure. Furthermore, Lucas Giolito was recently on the 10-day injured list with an abdominal strain. Instead, their rotation hasn’t skipped a beat.

Dylan Cease is taking his game to the next level. The right-hander has habitually struck out hitters at a high rate. Now, he’s providing length, keeping more runners off the basepaths, and pitching efficiently. While Giolito and Michael Kopech have labored a bit, they’ve each been sturdy forces.

Giolito has been there, done that with the Chicago White Sox. He’s pitching to his tendencies, deploying a consistent three-pitch arsenal (four-seamer, changeup, and slider), and getting hitters to whiff at his deceiving delivery. Inserted back into the rotation as a full-time starter for the first time since 2018, Kopech has been a sight to behold for the White Sox. He has been extremely efficient, evaded damage, and owns an astounding 1.17 ERA across his first five starts.

Meanwhile, Vince Velasquez is holding his own, and Jimmy Lambert is at least getting invaluable big-league reps. Reynaldo Lopez, who’s currently coming out of the bullpen, is also capable of taking the hill every fifth day. Dallas Keuchel is a veteran starter with a trove of postseason experience.

Lynn is a power pitcher who provides length. When he returns to the hill, the Chicago White Sox rotation becomes all the more dangerous.

Lynn’s return bumps someone out of the rotation who can then provide the White Sox with more bullpen variety. Chicago has a handful of respectable backend relievers in Kendall Graveman, Liam Hendricks, Aaron Bummer, and Jose Ruiz. Chicago could use another long reliever.

For argument’s sake, let’s say Keuchel is knocked out of the rotation. The southpaw can remake himself as a long reliever where he and rookie Tanner Banks bridge the gap between starters not getting past the fifth inning and the backend of the bullpen. Their bullpen then begins to complement itself.

The White Sox have one of the best homegrown rosters and most talented clubs in the sport. Their strong suits still have upside, and their roster is capable of better performance across the board. This is a legitimate AL contender that’s just getting started in that they only have seven playoff games under their belt as a collective.

Winning seasons don’t always have a great start. The 2021 Atlanta Braves and 2019 Washington Nationals are models for turning an inauspicious start into triumph. Chicago won’t right the ship overnight, but all their answers are in the building. They’ll be in the pennant mix come October.