How Realistic is Another Bay Bridge Series?

25 years ago, the Oakland Athletics defeated their cross-bay rival San Francisco Giants in a four-game World Series sweep. While the series itself didn’t leave much for the imagination in terms drama, it was filled with drama and cataclysm of the human form off the field. A major earthquake struck the San Francisco Bay Area, killing scores of citizens.

There is now some hope that one of these events repeats and history is once again made in Northern California.

The Athletics and Giants are now tied for the best record in baseball 44 percent of the way through their regular season schedules. Oakland boasts a 4.5 game lead in the American League West, while San Francisco has seen its lead shrink to five games in the National League West after recent struggles.

Based of ESPN’s “percentage of making the playoffs” statistics, the A’s stand at 97.4 percent with the Giants coming in second at 85.5 percent.

When you look at power rankings around the baseball world, these two teams seem to stand above the rest. 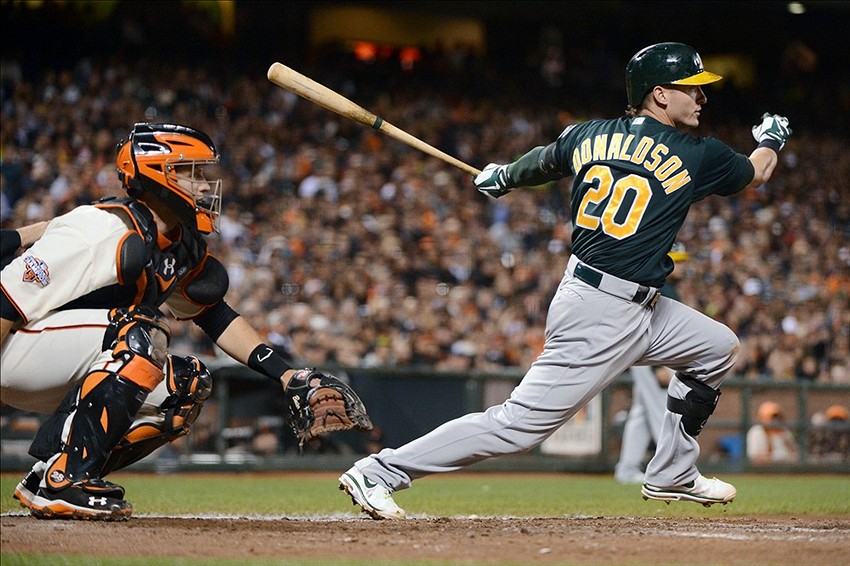 Where experts have the A’s and Giants ranked.

Power rankings represent nothing more than a specific way to give a brief analysis of where each team stands. In the land of professional sports, they mean absolutely nothing. It’s still interesting to see where Oakland and San Francisco stand at this point in the year. Among the five major outlets we listed above, only Bleacher Report has one of the Bay Area teams outside of the top two. Even then, the Giants are ranked third.

Despite boasting a better record over the course of the last few weeks, outside of the close of business Tuesday, the Giants are only ahead of the A’s in two of the five power rankings listed above.

Still, it’s more important to look at advanced statistics when drawing a conclusion about a potential Bay Bridge Series.

Oakland ranks first in baseball with a +130 run differential. San Francisco is second in that category at +48. This is a ridiculous difference between the two teams, but it doesn’t necessarily mean a whole lot. For example, the Giants were not ranked in the top five in run differential in either of their last two World Championship seasons. However, the 2013 Boston Red Sox did indeed rank No. 1 in that category.

In terms of the A’s, they are on pace for a fracnhise-record clip. Bob Melvin’s squad is outscoring its opponents by an average of 1.8 runs pre game, which projects out to a +292 run differential over the course of the 162-game schedule. To put that into perspective, the 1998 New York Yankees, who many consider the best MLB team of the last quarter century, finished that season with a +309 run differential. Obviously there is no comparison to be drawn there, but it’s interesting nontheless. 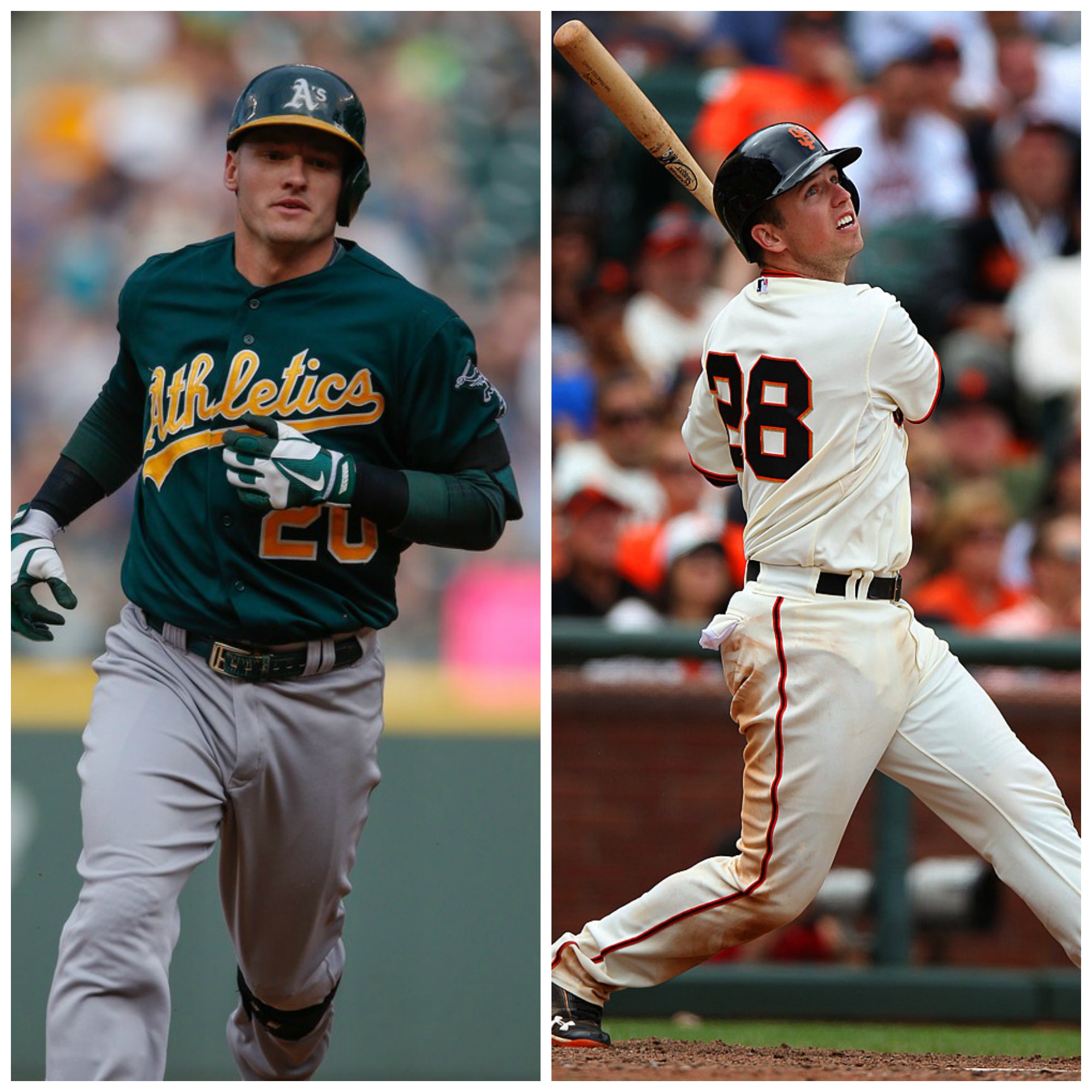 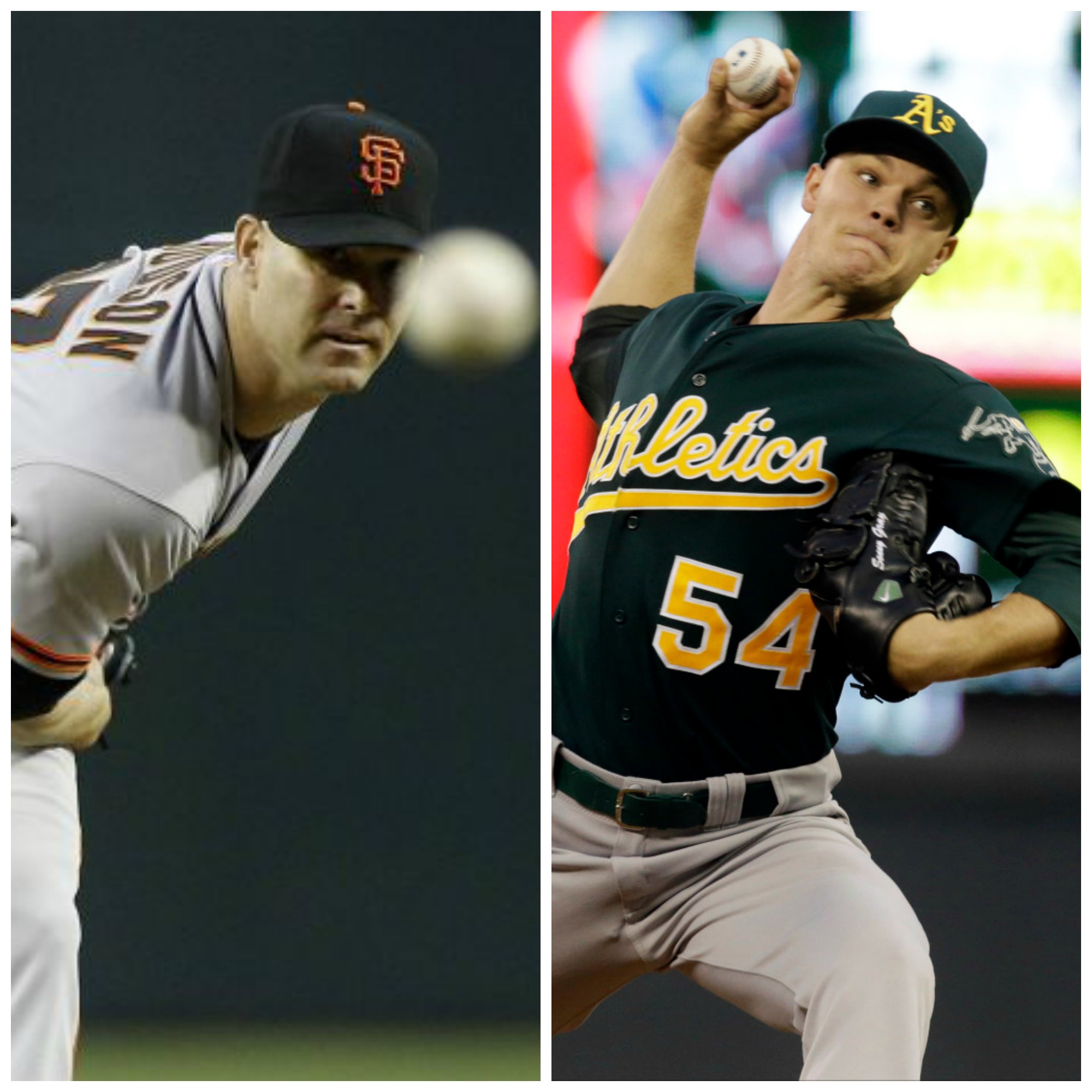 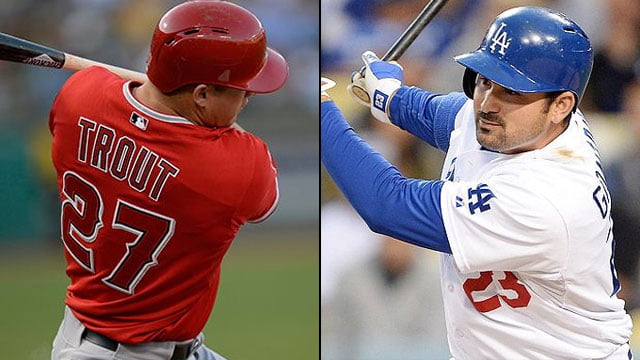 This is where the conversation really gets going. Who are the biggest threats to derail Oakland and San Francisco in their divisions? Do the Los Angeles Dodgers have what it takes to overcome what was a nine-game deficit just last week? What about the surprising Colorado Rockies, who are three games under .500 after recent struggles?

While the NL West seems to be a two-team race, there is a whole heck of a lot more going on in the AL West. Oakland boasts a 4.5 game lead over a Los Angeles Angels team that has picked up its performance over the past month or so. They are six games over .500 since the start of May and seem to be getting right at the plate, especially with Mike Trout turning it on recently.

The Seattle Mariners, who are three games over .500, are backed up by stellar pitching. They rank in the top six in the Majors in ERA, WHIP and batting average against. Despite being one of the worst-hitting teams in baseball, Seattle’s pitching may keep it in the race for a while.

It’s still hard to see any of the other teams in the AL West competing with the A’s in the division. Los Angeles has been known to fall off throughout the course of the season over the course of the last couple campaigns. Seattle doesn’t have the bats to compete over the laung haul. The Texas Rangers are continuing to have to deal with myriad of injuries all over the roster. And, while the Houston Astros are starting to play better baseball, they are not anywhere near ready to compete with the big boys.

In reality, San Francisco has a more difficult path to a division title. It has to deal with a Dodgers team that seems to be improving over the past couple weeks and is coming off a stellar 2013 campaign. If Yasiel Puig can continue to elevate Los Angeles at the plate, Clayton Kershaw and the pitching staff will get it done at the bump. 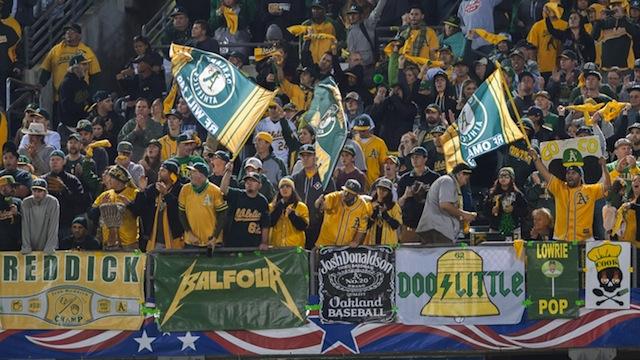 It’s safe to say that both Oakland and San Francisco will earn trips to the postseason. It just depends on how they get there and what bumps they might face on the road to October.

Once there, both teams are built to have success in the playoffs.

Oakland’s starting rotation boasts a two-headed monster at the top in Scott Kazmir and Sonny Gray who have combined to go 14-5 with an ERA in the mid two’s. In total, all five of the A’s starters boast an ERA of 3.56 or below.

As it relates to the Giants, Tim Hudson and Madison Bumgarner are heading what is suddently a struggling rotation. While they have combined to go 15-6 with an ERA of under 2.60, Tim Lincecum and Matt Cain are struggling big time. It’s going to take one of those two to revert back to previous form for the Giants rotation to be considered a strangth.

Offensively, the Giants are in a good position. They have five players currently on pace to hit 20-plus homers with new addition Michael Morse (13 homers) leading the charge. Angel Pagan, Hunter Pence and Morse are all hitting over .290.

For Bob Melvin and the A’s, the numbers are even more ridiculous. Josh Donaldson, Brandon Moss and Yoenis Cespedes are all currently on pace for at least 30 homers with the first two nearing the 40 homer pace.

In addition to that, both Moss and Donaldson are currently on pace to drive in 115-plus runs. All three of these players rank in the top eight in the American League in RBI’s, while Moss and Donaldson are tied for fourth in the AL in homers. A total of nine A’s players have tallied a minimum of 20 RBI’s through the first 71 games. These are some ridiculous numbers.

There is a reason why the A’s and Giants share the best record in baseball. It just remains to be seen whether they will continue this domination through the remainder of the regular year. If so, we could very well be looking at the two favorites heading into October baseball and a repeat of a memorable World Series of 25 years ago.