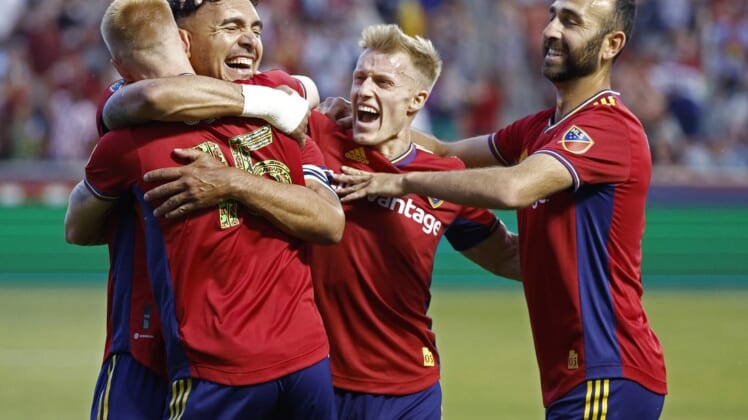 Plenty is on the line when Real Salt Lake host FC Dallas in Sandy, Utah on Saturday night.

Only four points separate the two clubs in the Western Conference standings as they try to keep pace with Los Angeles FC and Austin FC atop the standings. Dallas also has four other teams within three or fewer points behind it, trying to insert itself into the playoff picture.

“He’s having one of those seasons that transcends you from a good player to a great player,” Salt Lake head coach Pablo Mastroeni said. “On both sides of the ball, he’s really raised his level and his athletic ability goes without saying.”

Dallas (7-6-8, 29 points) is still searching for its first win in nearly two months after a 1-1 tie against Austin FC on Saturday. The Texas club has gone winless in seven consecutive matches, tallying four draws and three losses since its last win at the end of May.

Against Austin, Paul Arriola scored his ninth goal of the season and Jesus Ferreria had his fifth assist. It wasn’t enough to help Dallas earn three points after the club struggled to finish scoring chances. Dallas generated 16 shots, put five on frame and finished with an expected goal total of 2.43 goals.

“We have to score in certain plays of the match,” Dallas head coach Nico Estevez said. “We are living in a cruel moment of the sport, any mistake and any misfortune can affect us. Every time that we don’t punish a team, we get punished instead.”

Dallas has some success away from home this season, claiming a pair of wins and five draws in 10 road matches.