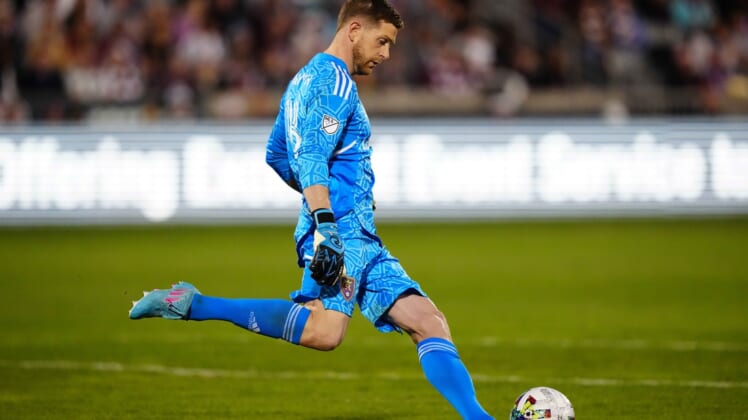 Real Salt Lake has quietly emerged as one of the best MLS teams early in the season thanks to the same strong defensive play that helped the Utah club mount a surprising playoff run a year ago.

Salt Lake (3-1-2, 11 points) hosts Toronto FC in Sandy, Utah, on Saturday night with a chance to notch a third consecutive home victory. Salt Lake has dominated the Reds on its home grass, going 9-1-1 all-time against Toronto in Utah. RSL has not lost at home to the Reds since 2007 and has not surrendered a draw since 2017.

Even while dealing with a slew of early-season injuries, RSL continues to build positive momentum. Salt Lake concluded a two-game road swing last weekend with a 1-1 draw against Colorado in the first leg of the Rocky Mountain Cup. Pablo Ruiz gave RSL an early lead after scoring on a penalty kick. Then, Salt Lake weathered a late rally from the Rapids thanks to five saves from goalkeeper Zac MacMath.

RSL coach Pablo Mastroeni is encouraged by his club’s continued resilience against tough opponents early in the season.

“It’s about finding ways to win,” Mastroeni said. “You’re not always going to have your best stuff. It’s not going to always be easy. Playing as a visitor is very difficult in this league, so finding ways to stay in games, to overcome adversity, that’s what road points are.”

Toronto (2-2-1, 7 points) brings valuable momentum to Utah and is sure to pose a challenge to RSL as it works to get healthier.

The Reds posted wins in back-to-back home games to overcome a sluggish start to the season. They knocked out defending MLS Cup champion New York City FC 2-1 last weekend behind a first-half strike from Jesus Jimenez and an own goal from the NYCFC side. Toronto held New York off the board until the second minute of second-half stoppage time.

New Toronto coach Bob Bradley sees incremental improvement from the Reds. Bradley feels like they are drawing closer to being a team that’s consistently good with the ball and has smart possession while pressing the attack at the right times.

“I see good performances by key players,” Bradley said. “I see young guys improving, so those are all things that are very positive.”