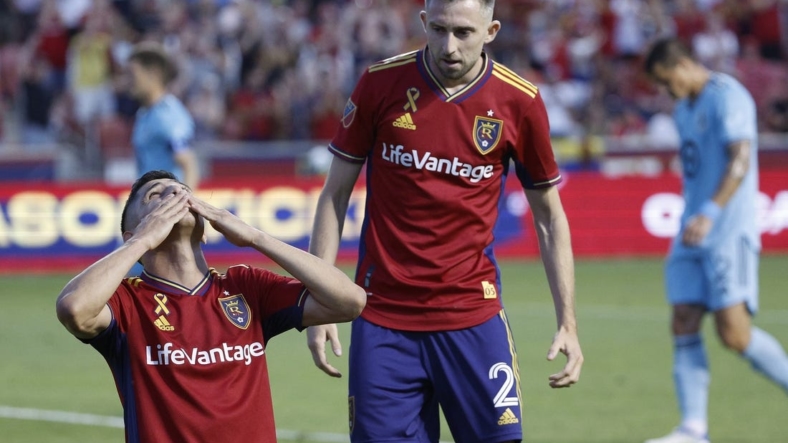 Sergio Cordova and Jefferson Savarino each scored a first-half goal to lead Real Salt Lake to a 3-0 victory over Minnesota United FC on Wednesday night in Sandy, Utah.

Salt Lake (11-8-9, 42 points) was winless in its previous three home matches before dominating the Loons for 90 minutes. This is just the Utah club’s third win over Minnesota in 13 MLS meetings. Zac MacMath earned his ninth clean sheet of the season.

Minnesota (13-10-5, 44 points) had a three-match winning streak snapped with the loss. The Loons finished a match without scoring a goal for the first time in three months.

Salt Lake struck first on Cordova’s goal in the 6th minute. Cordova settled a popped-up ball, split a pair of defenders outside the top of the 6-yard box and threaded a right-footed shot past Dayne St. Clair, burying the ball past the right post. It was his eighth goal of the season.

Savarino extended the lead to 2-0 in the 23rd minute. He slid forward into the 6-yard box and blasted a deflected cross past St. Clair’s outstretched hand with his left foot, coming away with his sixth goal of the season.

Minnesota did not generate a single shot before halftime. RSL held a 6-0 advantage in total shots during the first 45 minutes — putting three balls on frame.

Anderson Julio added a third goal for Salt Lake in the 79th minute. Julio tracked down a long through ball from Andrew Brody and beat backup goalkeeper Tyler Miller on a one-vs-one challenge. He blasted a right-footer from the right side of the box into an unguarded net.

Salt Lake finished the match with a 12-4 advantage in total shots. RSL led 7-0 in shots on goal.