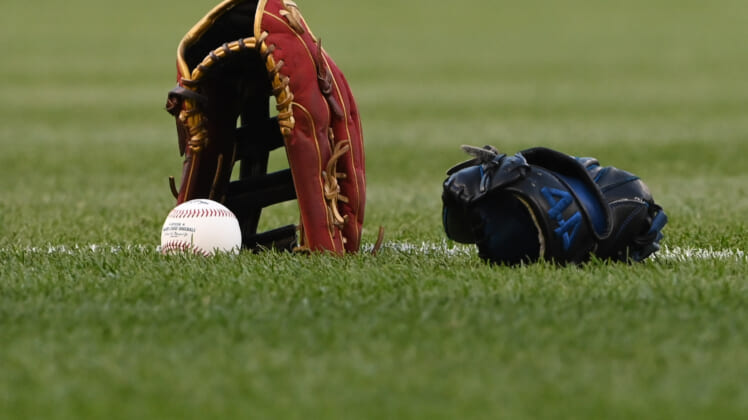 The season has only recently begun, but tensions are already high between the Binghamton Rumble Ponies and Portland Sea Dogs, the Double-A teams for the New York Mets and Boston Red Sox. An old-school baseball brawl broke out during Thursday night’s minor-league game.

In the bottom of the third inning, Rumble Ponies pitcher Marcel Renteria plunked Sea Dogs first baseman Tyreque Reed and that’s when all hell broke loose, on both sides.

That’s not exactly how you want to make headlines as a baseball prospect. Hopefully everyone’s OK. As Mets reporter Jacob Resnick passed along, Rumble Ponies pitcher Marcel Renteria ended up getting punched in his head during the scuffle, which can be seen in the video above.

Reed was quickly ejected from the game for throwing the brutal punch, and Renteria actually was making the claim that the ball hit Reed’s bat.

Play resumed after the brouhaha ensued, but the story on this game has already been written.