Rays to go with RHP Morton in Game 2 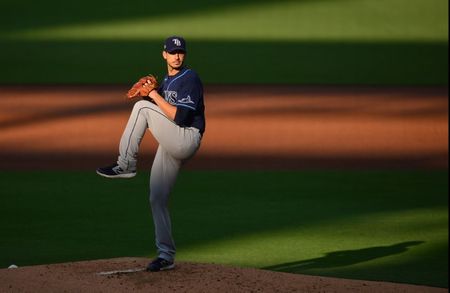 Morton will take the ball against the Houston Astros in the neutral-site contest being played at Petco Park.

The Rays are set to start left-hander Blake Snell in Game 1, while the Astros were set to counter with left-hander Framber Valdez in the opener. Pitching opposite Morton in Game 2 will be Astros right-hander Lance McCullers Jr.

Morton, a two-time All-Star, who finished third in AL Cy Young voting in 2019, was 2-2 with a 4.74 ERA in the just-completed regular season. He did not pitch in the wild-card round against the Toronto Blue Jays, before winning his only start of the NL Division Series against the New York Yankees.

Morton pitched in Game 3 against the Yankees, also at San Diego, giving up two runs (one earned) on four hits over five innings. The Rays earned an 8-4 victory.