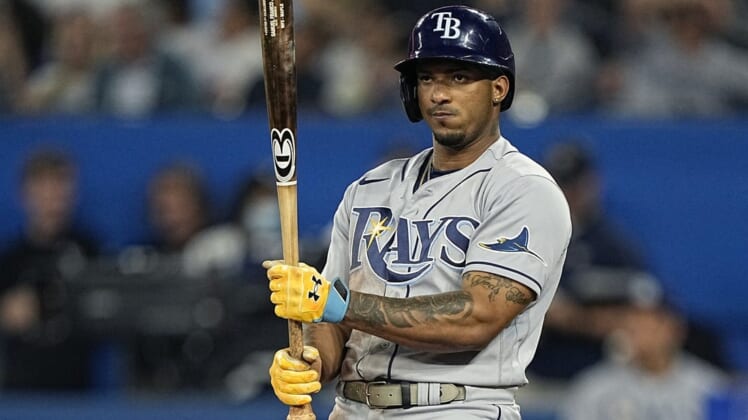 Batting second with one out, Franco appeared to injure his hand or wrist swinging at a pitch from Reds right-hander Hunter Greene. Greene struck him out on four pitches.

Franco did not take the field in the bottom half of the inning but the Rays did not immediately announce a reason.

Franco, 21, missed 23 games on the injured list from May 31 to June 25 with a right quadriceps strain.

He is hitting .260 this season with five home runs, 12 doubles and 23 RBIs in 58 games. He finished third in the American League Rookie of the Year voting last season.